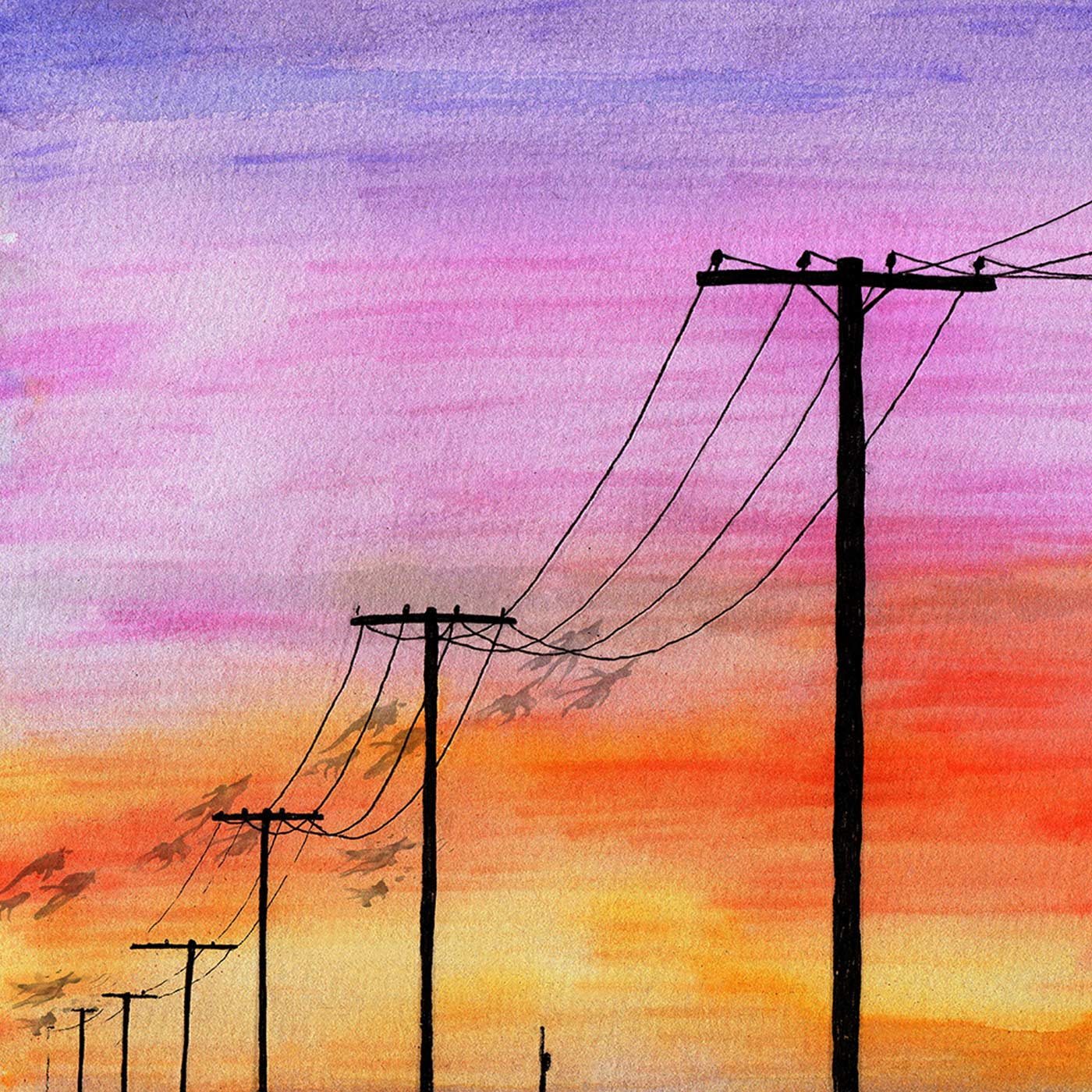 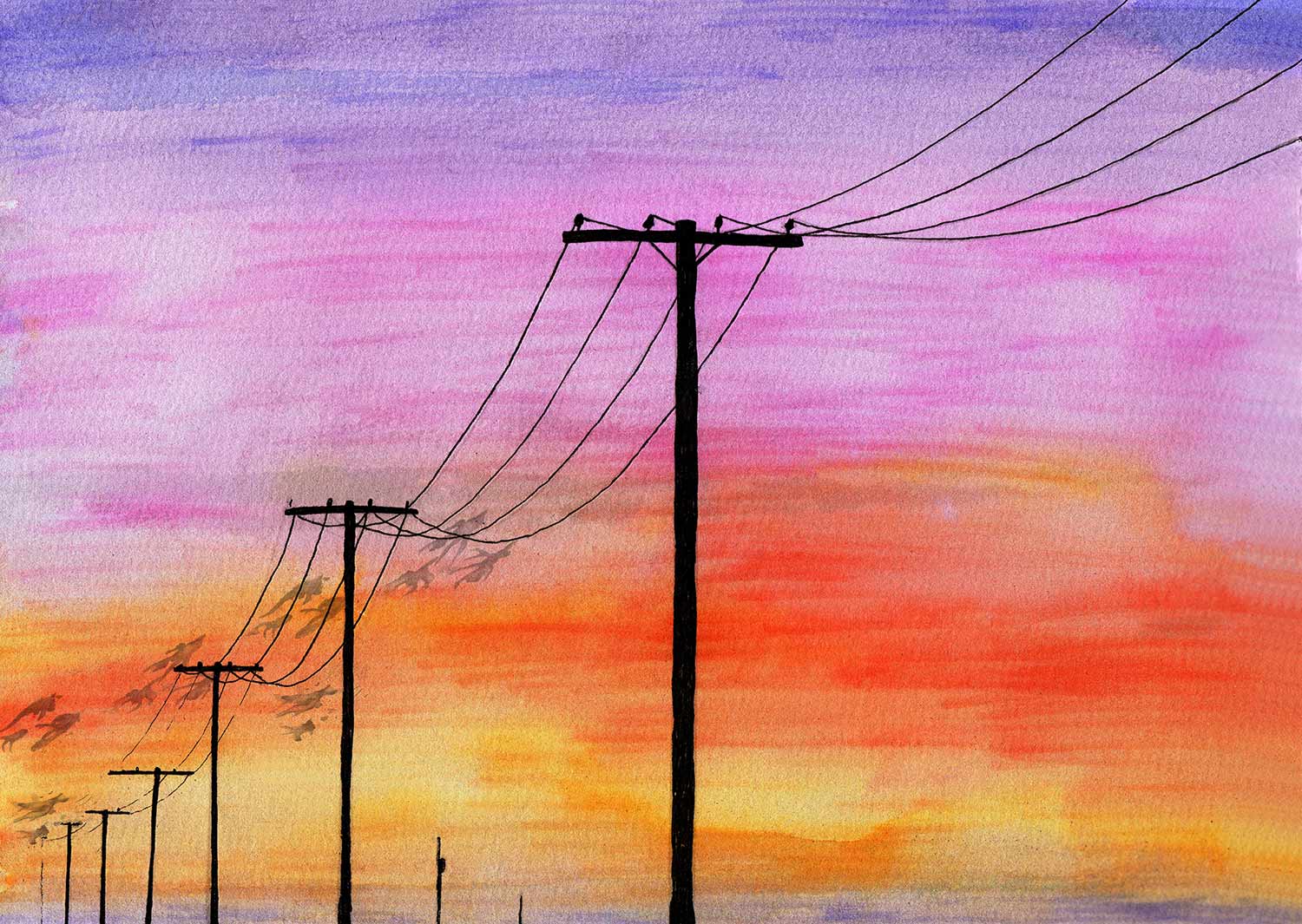 A few dozen at first; wistfully drifting across a velvet sky.

Appearing on one horizon before vanishing beyond the other a few hours later.

My dad used to say life is all about timing. I didn’t believe him until now.

Every bit of timing in my adult life has always sucked for me.

I wanted to write, so I studied journalism during the mid-90s, just before journalism really jumped the shark and got swallowed up by corporate giants.

So I wind up writing muck-slinging articles for an inconsequential glossy I’d rather not name here.

Man, how did I stay there so long, soul dripping through my fingers and between the gaps in the keys, getting lost in all the grim shit left there by whoever was at that desk the night before.

Four days ago, I quit. This wasn’t how it was supposed to pan out. I wanted to write and I couldn’t do it while working for purveyors of junk culture.

So I told my boss to shove it and walked out.

Approaching town as the sun hit the fields, scorching us one last time before leaving us to the night, I saw their shadows first; shifting black dots skimming across the corn.

At first, I felt nothing; it seemed like the most ordinary thing in the world to see them there, seemingly swimming through our atmosphere.

I took a photo to paint when I got home, then drove on, wondering how to turn my shitty writing life around. I had managed to squirrel away some savings and with the money mum left me I didn’t really have to worry for a little while. Here was my time to write what I want, but what exactly is that?

Then it hit me.

Timing. Those creatures in the sky…

I’d wanted to be a true journalist and as soon as I took my leap of faith, these creatures appeared.

I’m not one to look for signs, but if you ever want to do something you’re too scared to do, right then you should look for a sign. Whether it comes from god, from the universe, from your brain, doesn’t matter; the sign will show itself and you need to follow it.

So that’s what I’m going to do; travel, see things, report on them, paint scenes with my brushes and my words and share them with the world.

Last night, I went back to the same spot where I first saw them. There were more, but closer this time. I could see stars through their bodies, the glistening light refracted into muddy spots like moonshine on a rain-peppered window.

This must be how a tiny fish feels

Light passes through it.

There but not there.

I peer upwards at huge jellyfish.

I stood for half an hour and finally the entire herd had passed. Three nights it had taken. How many of them there were!

Features on local news channels spread like a Mexican wave across the region; they were heading north west.

When I know more, so will you, friends. 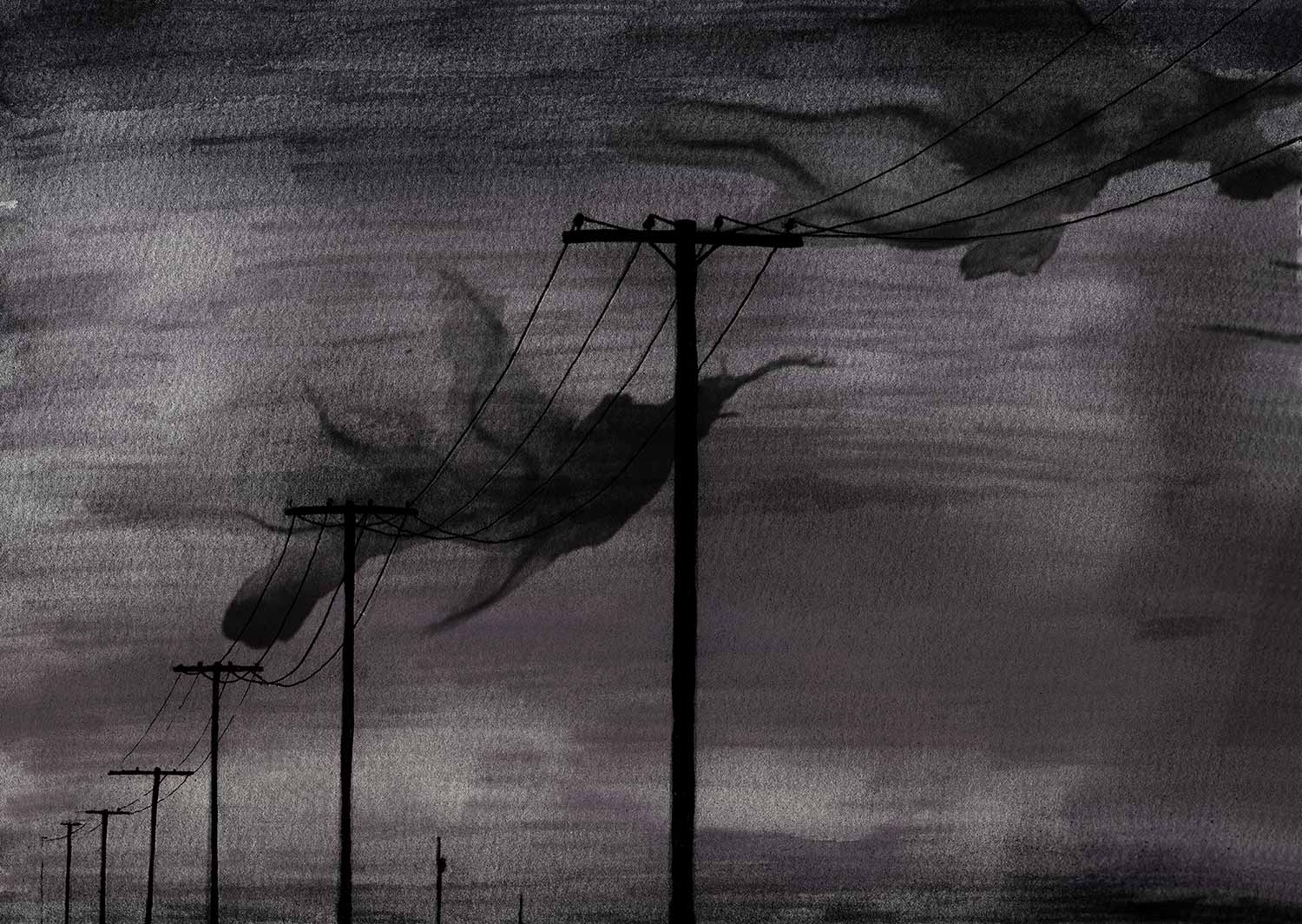 By Josefus Haze and Mr Mascall