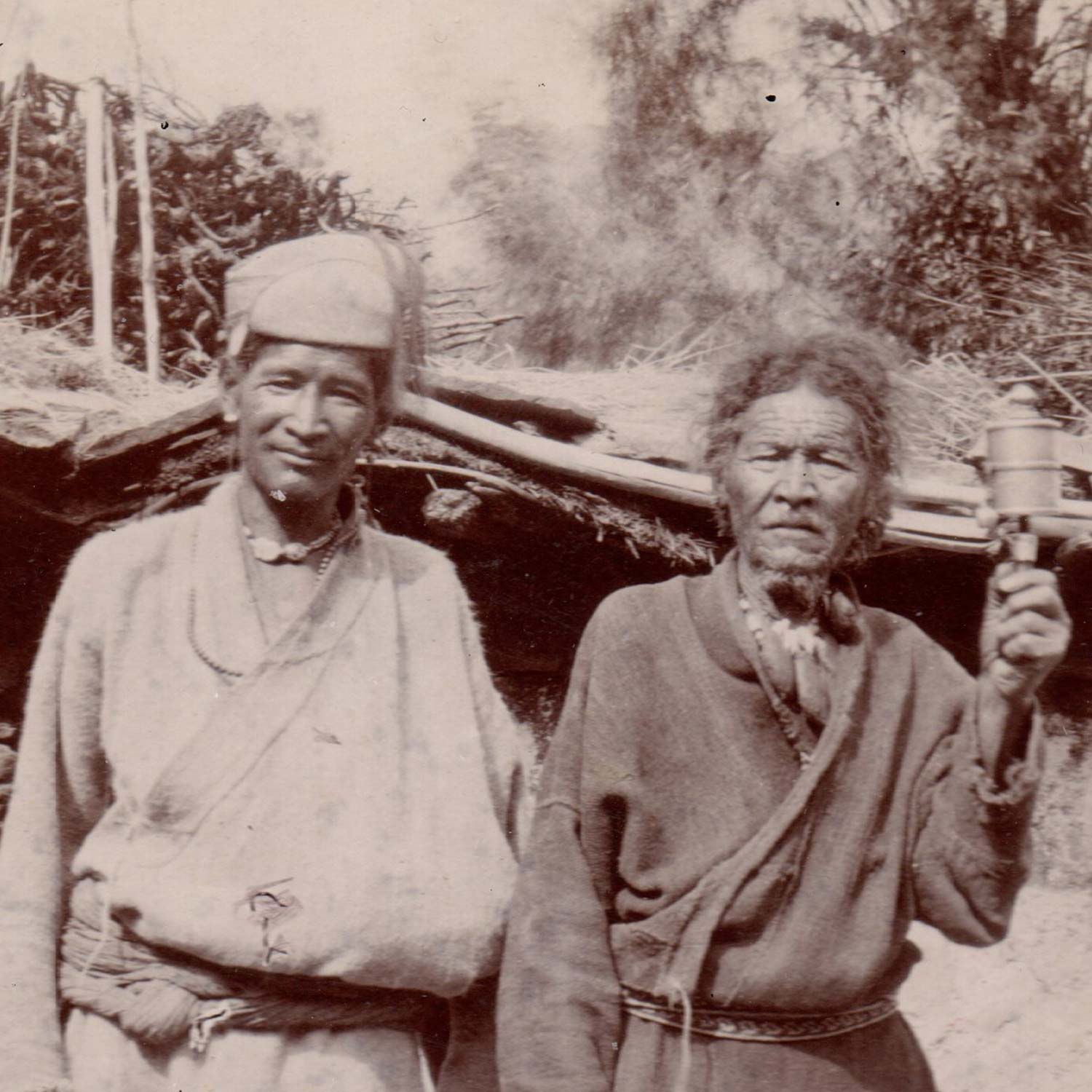 This is the second of a series of photographs taken by the maternal great great grandfather of one of our ShSo contributors. 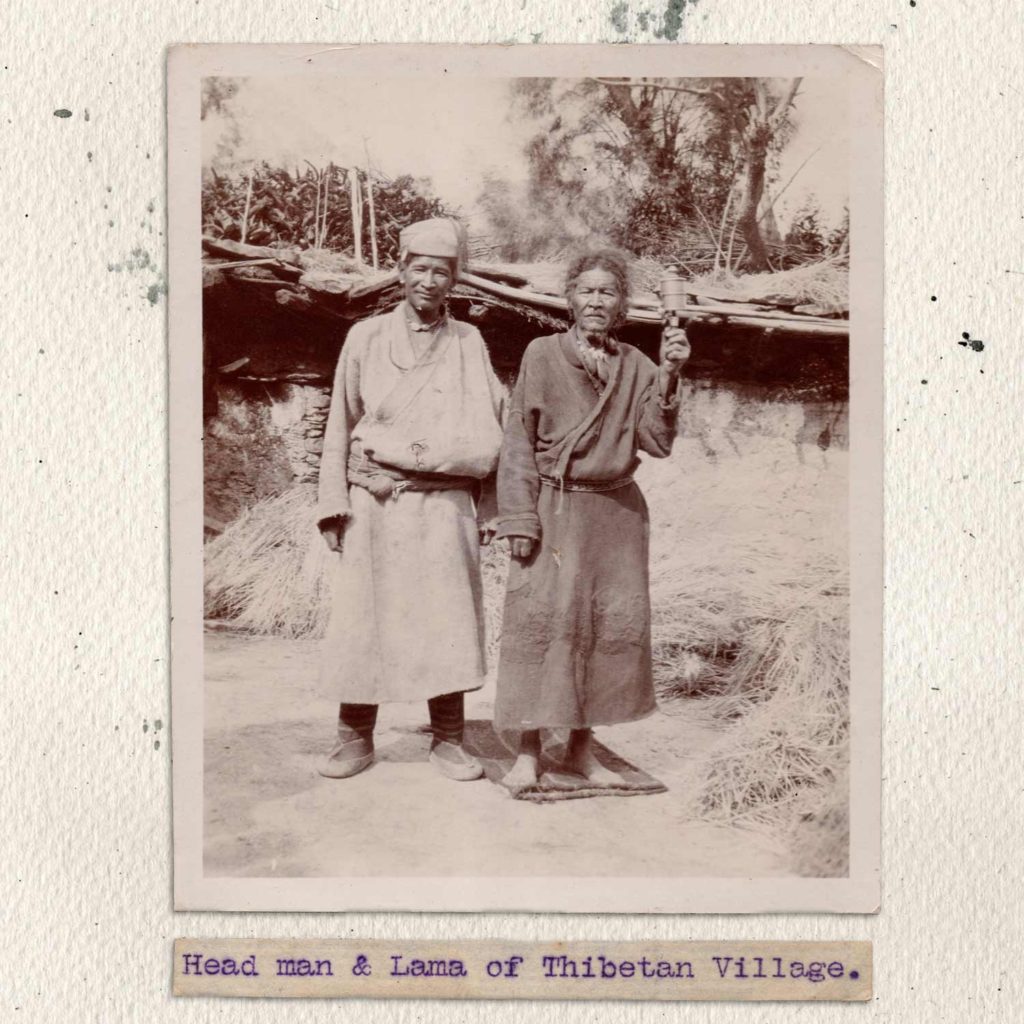 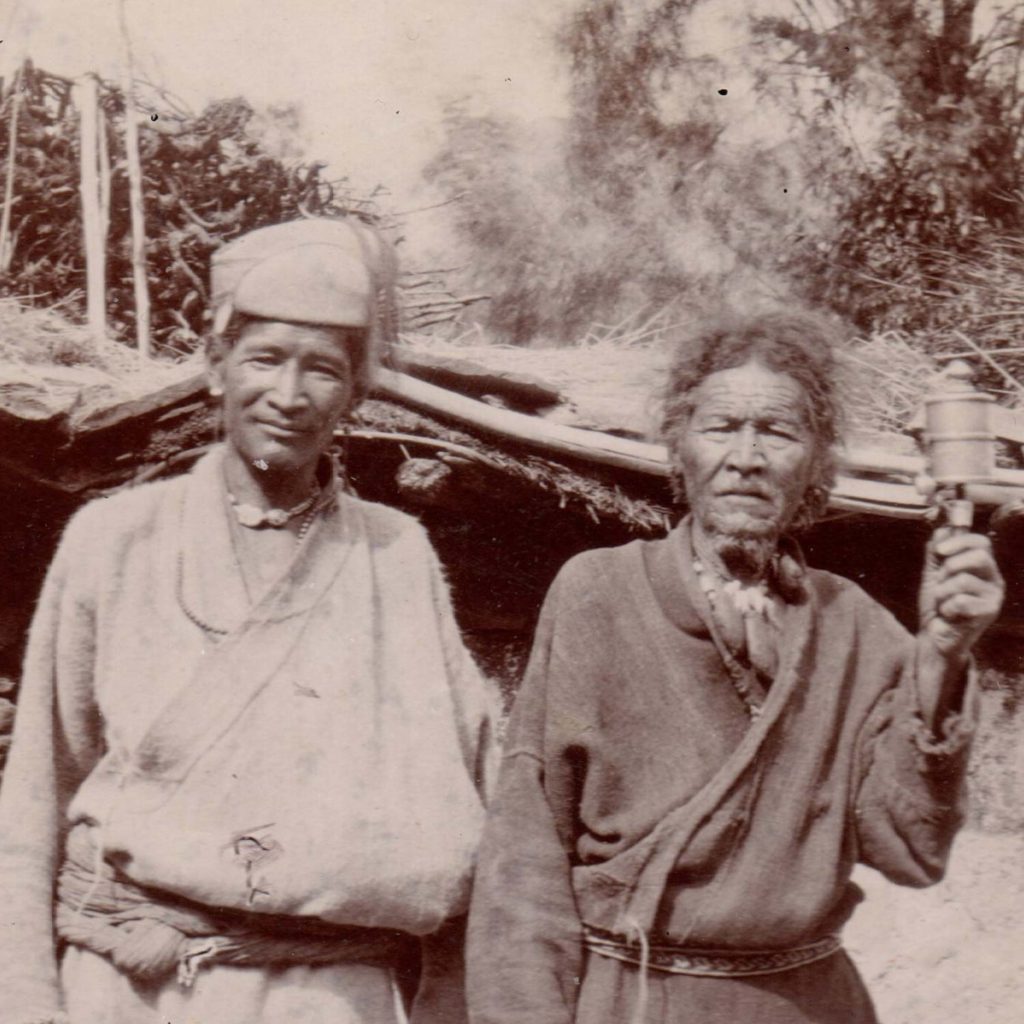 The “head man” and lama of an unnamed village somewhere in Tibet.

In photos like this, it’s the details that make all the difference. While the head man stands cosy-toed in his snug looking boots (a sort of proto-Ugg style, though presumably harder wearing), the Lama seems content to stand barefoot on a small mat, proudly holding aloft his Buddhist prayer wheel.