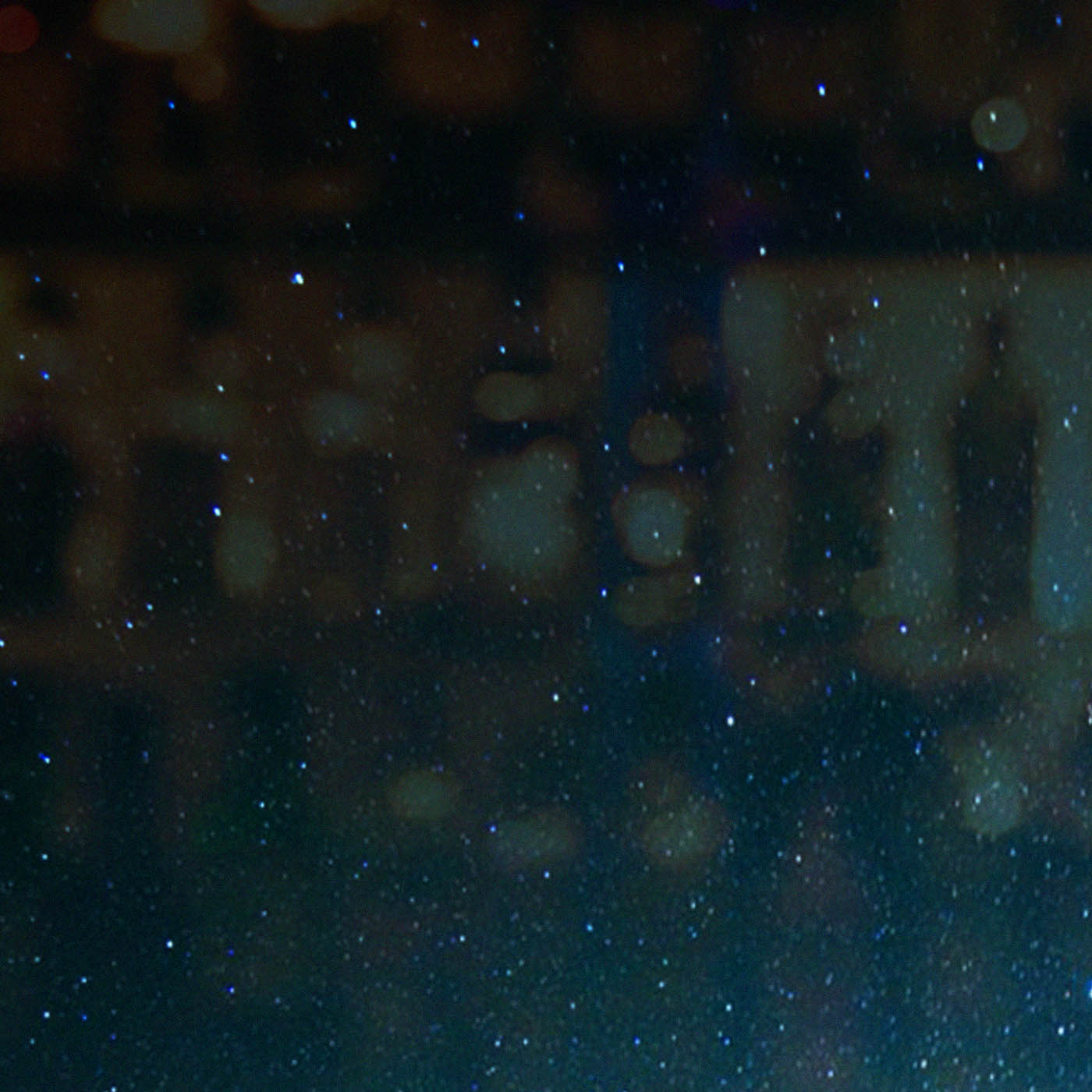 My Uncle Ed died last week. I was sad to hear about that. I’d not seen him for years, but I remember him from being small and he was a nice man.

When I was tiny, he used to pick me up and swing me high above his head and onto his shoulders and I’d sit there as we walked places, looking around at the world. He was a tall man with big shoulders and a big, generous smile. He had three sons of his own and they were nearly grown up by then.

I’m not even sure if he actually was my uncle or not. I think he may have been a second cousin or uncle of my mum’s, but it’s sometimes hard to tell who’s actually uncles and cousins and who just ends up getting called that.

My Uncle Ed, like many of his generation, was a beer drinking, chain smoking, steak eating kind of guy, and like many of his generation, he had heart trouble. He would have been in his seventies, which in this day and age still seems kind of young for someone to die purely of old age, but not so young when someone’s already suffered a heart attack and not looked after themselves.

After his first heart attack, my mum’s sister asked Uncle Ed what he was going to do to make changes and he said ‘Enjoy my life more’ and ordered a pint and a mixed grill.

I would have been in my late teens the last time I saw him. It was after his first heart attack, and I’d heard he was in hospital and thought it would be good to go and visit him.

Before that, I’d not seen him since I was three. Him and my Auntie Sheena got divorced and my Auntie Sheena, who is, by all accounts, a nasty piece of work, was very warlike about the whole situation and caused lots of falling out. She was also a notorious busybody and apparently tried to cause all kinds of Hell when Uncle Ed remarried. His second wife is apparently a very nice lady. I was glad to hear that. It was nice to think that he’d found some real happiness later in life.

I found out, as well, yesterday, that my Mum’s friend Andrew has died too. He’s actually been dead for a year, but my mum, who I don’t see that often, had lost touch with him and only heard the news a few months ago.

Andrew was one of my mum’s London friends. We lived in a rough northern town, but quite frequently my mum would spend time in London and often I’d go with her, which was always fun and exciting because she seemed oblivious to the fact that a lot of these times I should really be in school, and obviously spending time in London with a bunch of cool, switched on people is a lot more fun than lessons or wandering around parks and streets with kids your own age.

Andrew was a drag queen. Not a full time drag queen, but a fairly flamboyant gay man who did a drag act at places like Madame JoJo’s. He was apparently a very good singer, although sadly I never got to see him. One of the wonderful things about going and spending time with my mum’s London friends was that they’d sneak me into all sorts of mad places. I’d often find myself sitting in a corner in some crazy, awesome bar thinking I really shouldn’t be here. And sometimes they’d do things like buy a round of flaming sambucas and make me down one of them. When I was about ten. I don’t know how we got away with it, because I certainly could never in a million years passed for eighteen. I was always very small and looked young for my age. I guess they must have taken me to places where children weren’t disallowed and nobody ever noticed they were buying me alcohol. I imagine that Madame JoJo’s was probably a little beyond where you could take a junior school kid.

My mum’s London friends were all very funny. There was Sofia, who was German and obsessed with shoes and finding a bloke; Adele who was French and described anything good that happened with statements like ‘It was like taking ecstasy on the beach!’ and Raj, who was one of those people that laughed at absolutely everything. I remember once, Sofia started telling us about a night out and she said ‘Me and Hiltrude met up for drinks on Saturday…’ and got no further because Raj interjected with: ‘You’re making it up!!!’

‘What do you mean I am making it up?’ asked Sofia angrily. ‘Why would I make up that I am meeting Hiltrude?’

By this point Raj was in tears. ‘Hiltrude!’ he gasped. ‘Nobody can be called Hiltrude!’

Andrew, I think, was the oldest of all this group by far, but he never seemed so. Because he was so camp and because of a kind of frankness he had that was mixed with a certain lost sort of quality, he seemed ageless.

The first time I met him I would have been about nine. My mum had started making clothes and he was managing a shop somewhere near the King’s Road where they sold one offs and handmade stuff and she took some stuff in to show him. I knew he was gay straight away, because I was old enough to pick up on stuff like that. My mum had some other mates who were gay, and so was my friend’s brother, who told us that he was having an affair with one of his tutors at sixth form college (there would be some sort of minor scandal later).

Andrew was very funny. I never heard him make a joke, but he could be very rude to and about people in a way that would make you laugh. On that first day, in the shop, he was sat talking to my mum, and this woman had come in and she was walking around, quite obviously with no intention to buy anything, and Andrew pulled a face and said ‘I wish she would fuck off.’ I suppressed a giggle because although he had said quietly, it was the loudest whisper you could possibly imagine and she would obviously have heard. Andrew grinned at me and stuck his tongue out.

After that, the phone rang and Andrew answered and said: ‘Yes, no, yes, I’m fine to talk’ and then appeared to be in the process of organising some kind of music event. He started listing various famous singers and DJs – people I, as a nine year old, had heard of, and then said ‘Lisa said that too. No – Lisa Moorish.’ I knew who Lisa Moorish was and although I wasn’t a follower of her music, I knew she was pretty famous. I was impressed by that. As a little kid it seemed quite glamorous to me that that would be someone’s life.

Andrew was on the phone a lot, and he always seemed to be about to rush off somewhere or just back from somewhere where a lot of things had happened.

I think he had always wanted to be famous, and it had always just eluded him. Some time in the early 2000s he starred in a documentary film called ‘It’s Such A Drag’. I’ve never seen it, it’s never even occurred to me to watch it, but now, remembering him fondly, I think I would quite like to.

It’s difficult to believe that Andrew is dead.

I think, because I’d not seen him for a long time, and because he was such a definite person, someone who’s presence filled the room, it’s strange to think he’s not there any more, telling people to fuck off, talking on the phone, making his elaborate gestures, drinking bloody marys and recounting tales of his complicated social life. The first time I ever drank a bloody mary it was on his recommendation.

The quality that Andrew had, that always made him interesting to me, was that he seemed always to be yearning for something. Even as a child, I could pick up on this. He had an on and off boyfriend who I never met, and who was, according to my mum and her friends, not a nice guy. I think, like a lot of people like him, Andrew wanted to be glamorous, and always set that standard at some high mark, just above where he could reach.

To me, all my mum’s London friends seemed glamorous. They were worlds apart from the people in our area of town, downtrodden people and drunks in the gutter, and also worlds away from some of the better off people we knew with their tacky parties and loud cars and too much make up. My mum had some hippie friends too, who I always liked, but they weren’t like the London lot.

It must be years since the last time I ever saw him, and I’ve often wondered about him since. My mum continued to catch up with him for years, and he stayed working in the shop until not long before he died. I’d heard he was ill a couple of years ago and felt a sort of mild regret when I heard he was dead that I’d not seen him in all those years.

Finding out that Andrew was dead made me feel a far greater sadness than finding out about my Uncle Ed. Not because I liked him more, but I think because Ed had found happiness, whereas Andrew always had that lost sort of quality, and he always seemed to be looking for something, and I don’t think he ever found it.