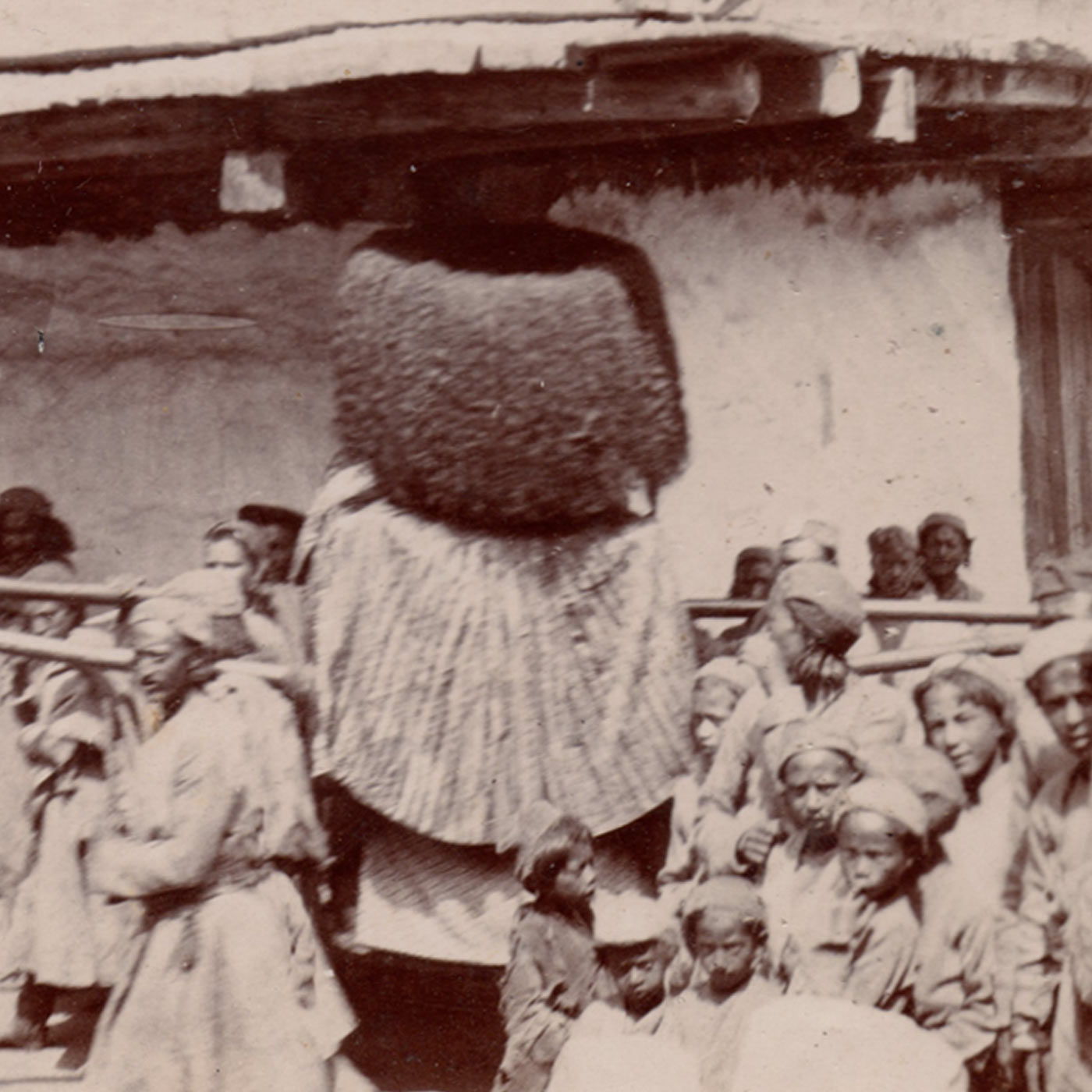 This is the third of a series of photographs taken by the maternal great great grandfather of one of our ShSo contributors. 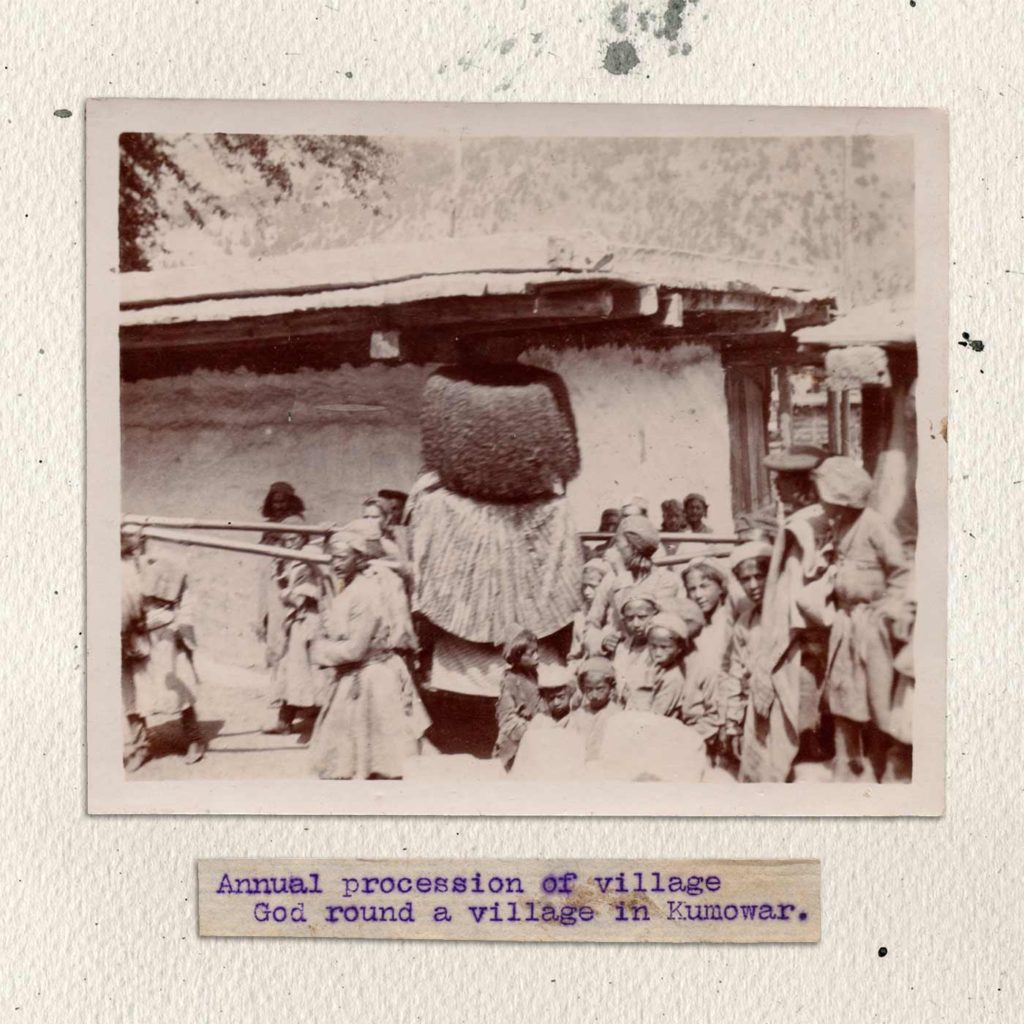 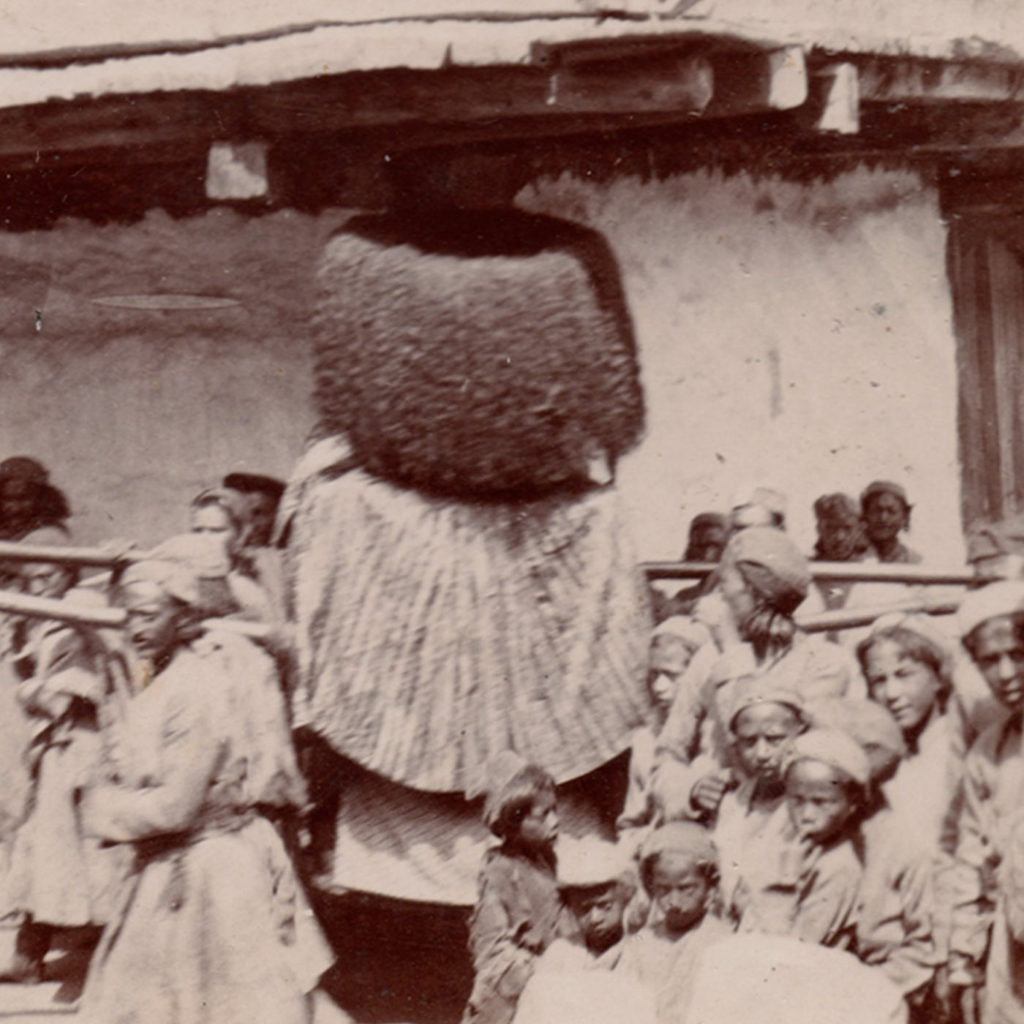 Third in our series of photos from pre-WWI Tibet and northern India is this intriguing shot of a religious procession in a village named by the photographer as ‘Kumowar’.

Following several internet searches ShSo has been unable to find any information regarding this village, it’s location or the religion practised there. Though Buddhism is the religion most widely practiced in this region, one suspects that its practises and tenets are often blended with the specific traditions of each village, as tends to be the way with these things.