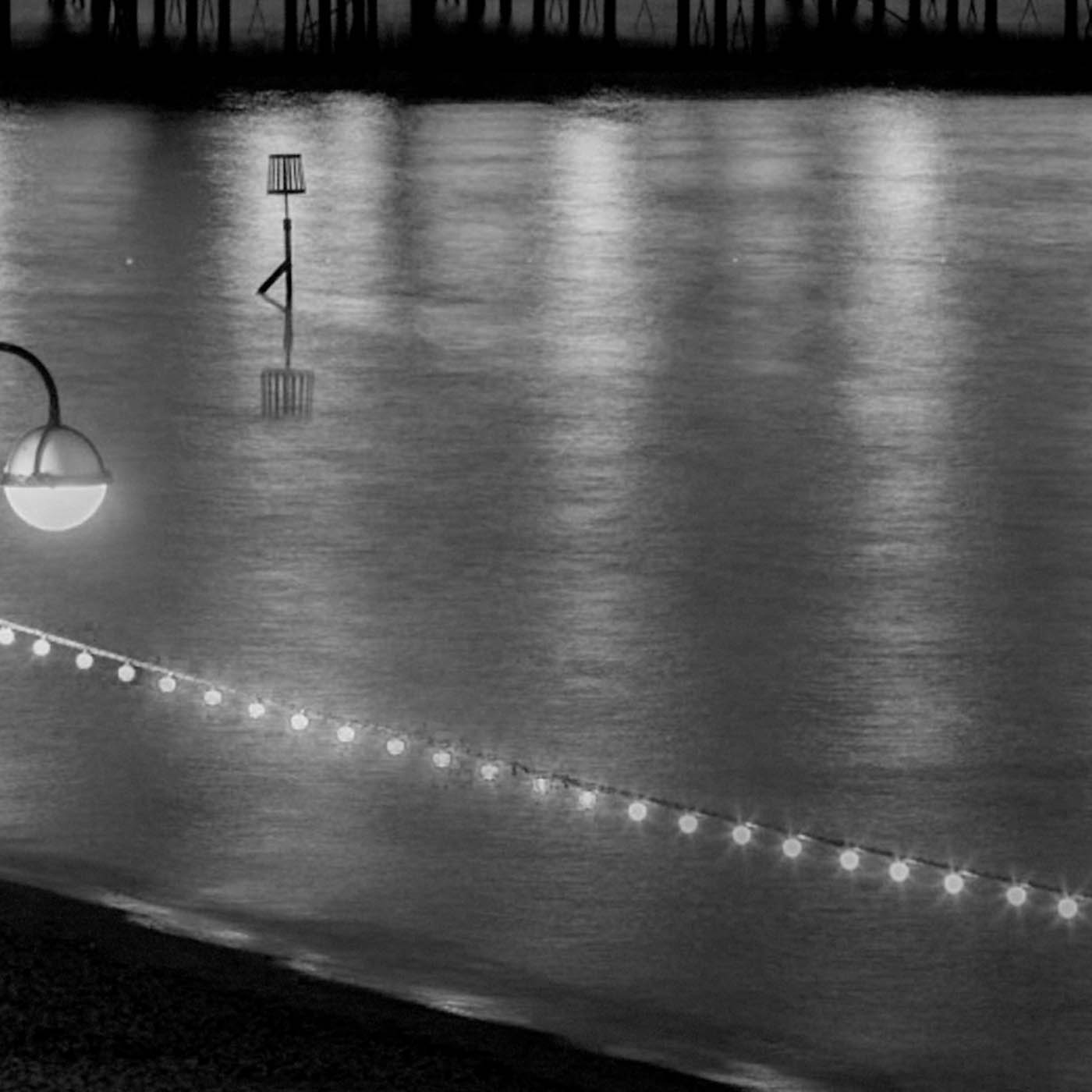 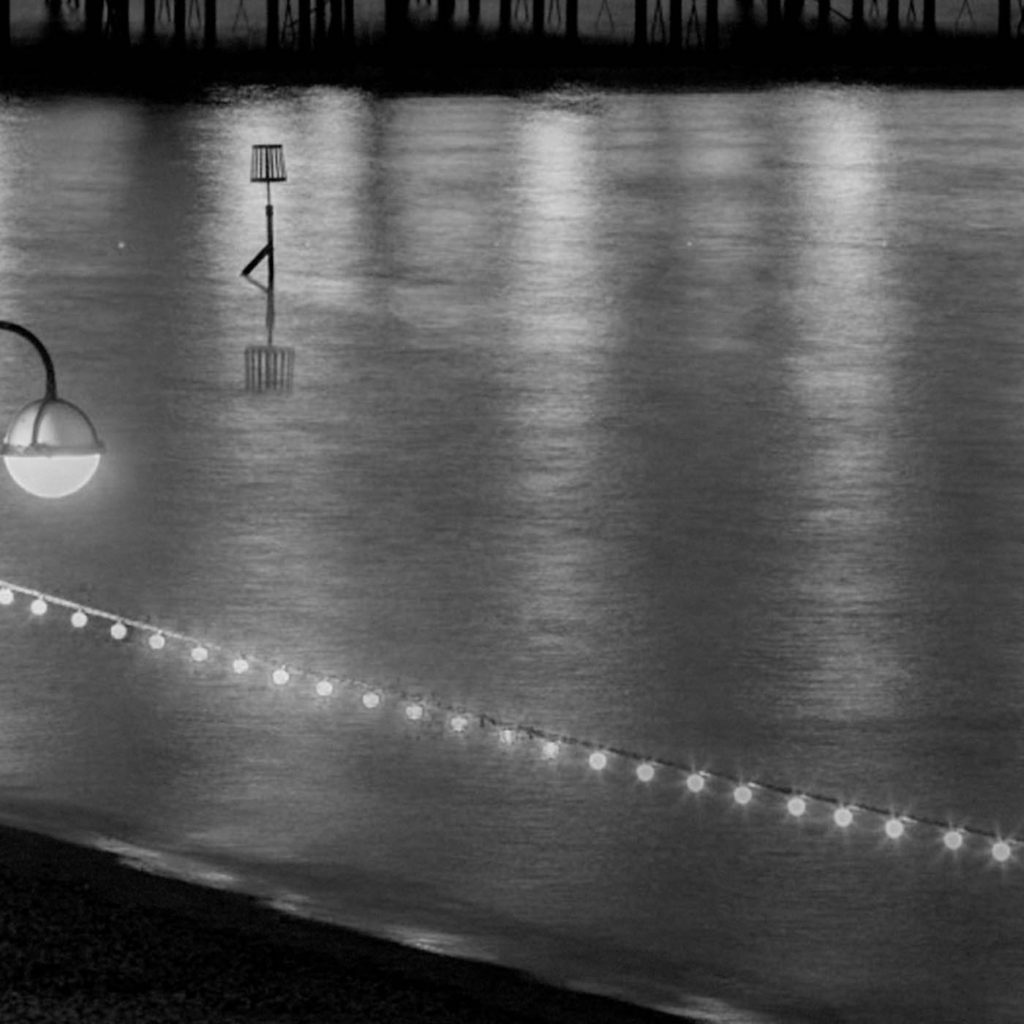 The air was nice and cold against my face when we finally got outside. As we got to the end of the strip, near where the taxis were, someone shouted Chris from the square, so he walked over. I stayed where I was. It was some kid I vaguely recognised from somewhere, but no-one I really knew. I got that with a lot of people. Probably because I was always in bars.

Across from where we were stood, music was blaring out from Squares, which was a kind of third rate indie club. Not to knock it – it was also weirdly good.

I stood there, staring up at the windows, watching the lights changing, until Chris came back.

Smithy was fairly quick changing his shoes. I’d been worried he’d take ages and the fare would go through the roof, because pilled-up people have no sense of time.

The driver kept talking to us about what a disgrace it was all the young people doing nothing with their lives but getting drunk and fighting all the time. We couldn’t agree more.

The Palace was on the seafront. It was just after twelve when we got there.

Years ago, in the heyday of seaside holidays, when more affluent people used to visit places like this, it used to be The Palace Hotel, and I imagine it must have been lovely inside. The exterior was pretty impressive. It was late Victorian and very grand, built from pale stone, with big columns on either side of the doors. It took up a whole block on its own, and ahead of it were all the amusement arcades. Behind were cafes, shops, takeaways and pubs, all in the kind of old-fashioned four-storey buildings that are typical of British seaside resorts.

There was a short queue for The Palace, but we weren’t waiting long. There was always the amusingly nerve-racking part of going to The Palace, when you might get ID’d, or turned away for some other reason. I say amusingly, because the place was a dive and I didn’t even like it there. It wasn’t exactly like getting turned away from Berghain.

Once you did get inside, there was a short hallway bit, where you paid the guy in the booth, then you came out into a bar where the DJ played R&B and there were all sofas and tables. Behind that, there was a massive room with a big, sunken dancefloor in the middle and a stage at the back. That was where the EDM happened. As soon as we got in, two guys were after getting some coke off Chris and when he came back from sorting that out, he bought us all drinks and we went and sat down. That was why you had to go to The Palace. It was lucrative as fuck.

Smithy went to look for Sarah, who apparently was in there somewhere.

“Looks like there’s going to be a few back at your house tonight” said John to Chris.

“Yeah,” said Chris “I reckon it’ll be quite a good night.”

Sarah appeared with Smithy and a girl who I didn’t recognise. They were all drinking some disgusting-looking blue drinks.

Sarah shouted greetings, and then she threw her arms around me and John’s necks, crushing our heads together.

Smithy smiled and shook his head apologetically, then Sarah jumped up and threw her arm round her mate.

“This is Janine!” she yelled. “Janine’s drunk! Janine, these lot are all pillheads! Janine’s a pillhead, too!”

“SSSSH!” we all replied, in unison and very noisily.

“We off to dance, then?” asked Sarah, “Or are you lot gonna be boring all night?”

It was pretty busy in the horrendous EDM room. There were shitloads of people out, but as soon as we got in there, we ran into these two girls I knew from college, Amber Haines and her mate Chloe.

“Haines!” shouted John. For some reason, she was always ‘Haines’ like a public school boy, and never ‘Amber’. I don’t think it was something she’d engineered, it was just what people called her. I liked the incongruity of it.

She did this little wave at us the way some women do, when they sort of waggle their fingers and give you a big fake smile. Chloe smiled more genuinely, not seeming put out that John had dived at Haines and completely ignored her.

I could see Sarah giving them the once-over and deciding that she didn’t like them.

Haines and Chloe were proper rich girls. Chloe lived just outside Market Ashby, a little town about twenty-five miles away, which was one of those places that was so picturesque you could sometimes barely even believe it was real. Certainly, pilled out of your face on a Friday night in The Palace, it required a good stretch of the imagination.

“Hel-lo!” said Haines. She always said hello like she was really surprised to see you. It was very fake. She did a lot of fake things like that, but only with superficial stuff. Once you got past all that, she was actually weirdly sound. Maybe. To be fair, I’d often questioned whether she was actually cool at all, or if she was just a complete airhead and I was attributing qualities to her that weren’t there because she was nice to look at. That can happen sometimes. John was the worst for it. If he thought a girl was fit, he’d immediately assume that she was a really nice person as well, and there’d be no persuading him otherwise until he learned the hard way. He did all this weird stuff too, like if he was going to ask a girl out, he’d be all like ‘Where shall I take her out for a meal?’ and ‘What flowers shall I buy her?’ and ‘Don’t mention ANYTHING about drugs!’ The last one was the stupidest, because John seemed to go into all relationships with the intention of marriage, kids and a white picket fence, and yet he wanted to disguise everything about the person he was from the person he was with. That made fuck all sense to me. The meal and flowers thing was just funny. I was always like ‘John, just take her out somewhere and then take her home!’ I mean – who gives a fuck about flowers?

I’d tried to explain this to John a few times, and he usually got really mad at me or told me I had problems. I don’t think I was wrong though, because I had much better luck with than John did. He didn’t care, anyway. He was a romantic I guess, and he thought I was a horrible cynic.

The truth was, though, I wasn’t even being cynical, I just genuinely didn’t understand the point of it all. I don’t think I could ever get married. I just don’t think I could stand there in front of everyone I knew, and say all that stuff to someone. If I didn’t mean it, it would be cringeworthy, and if I did, it would just be totally impossible.

John was telling Chloe how stupid her shoes were.

“You’ll end up crippled” he said. “With bunions.”

John really knew how to strike up a conversation with a pretty girl.

“Who’s your friend?” Haines asked me, pointing at Smithy.

“I don’t think his girlfriend likes me very much” she said.

“I wouldn’t worry about it” I told her.

“She likes herself!” said Sarah, when they’d gone.

“Yeah, you would say that” argued Sarah.

“I don’t like her, either, actually” said John, “I think she’s a horrible slag, and she is really stuck up. She’s way more stuck up than Chloe, and Chloe’s parents are far richer than Haines’s parents – well, than Haines’s dad. Her mum’s dead.”

“Good” said Sarah, “I bet she was a stuck up bitch as well!”

“That was a bit harsh” said John, even though he was laughing.

“Well” said Sarah, “She fucking thinks she’s all that, doesn’t she?”

“She is dead pretty” John said, and with that Sarah rolled her eyes, did some sort of ridiculous ‘Tell it to the hand’ thing in John’s face, grabbed hold of Janine’s arm and yanked her from where she was stood in such a way that Janine nearly threw her drink all over Chris. Then they both walked off towards the back of the room.

I nodded, laughing. It’s nearly impossible to find people in The Palace. The last time we’d been there it took us over an hour to find our mate Guy who was the most conspicuous person in the world. The thing with Guy was that when he did pills, he didn’t just gurn with his mouth, he did this bizarre full-body gurn where he twisted and writhed like he’d been possessed. You could spot him a mile off just by all the people running away.

I once asked him about it.

His unbelievable response was that he did the body gurn in order to stop himself from gurning with his mouth, so that people wouldn’t notice that he was on drugs! Seriously.