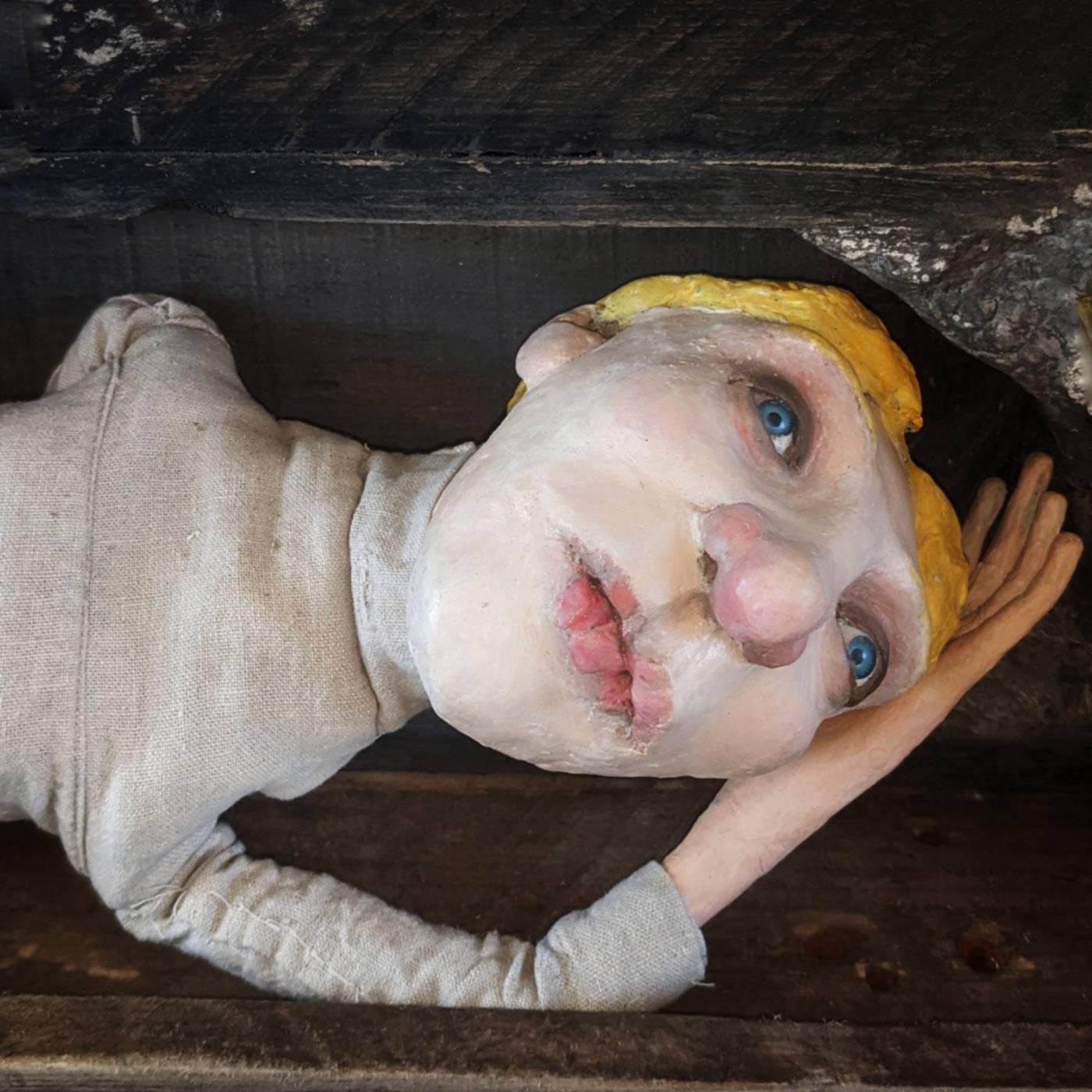 Few artists have captured the spirit of a place better than Lorna Graves.  The shapes and seasons she experienced in North Cumbria’s rugged landscape inspired her simple, soulful sculptures and paintings. 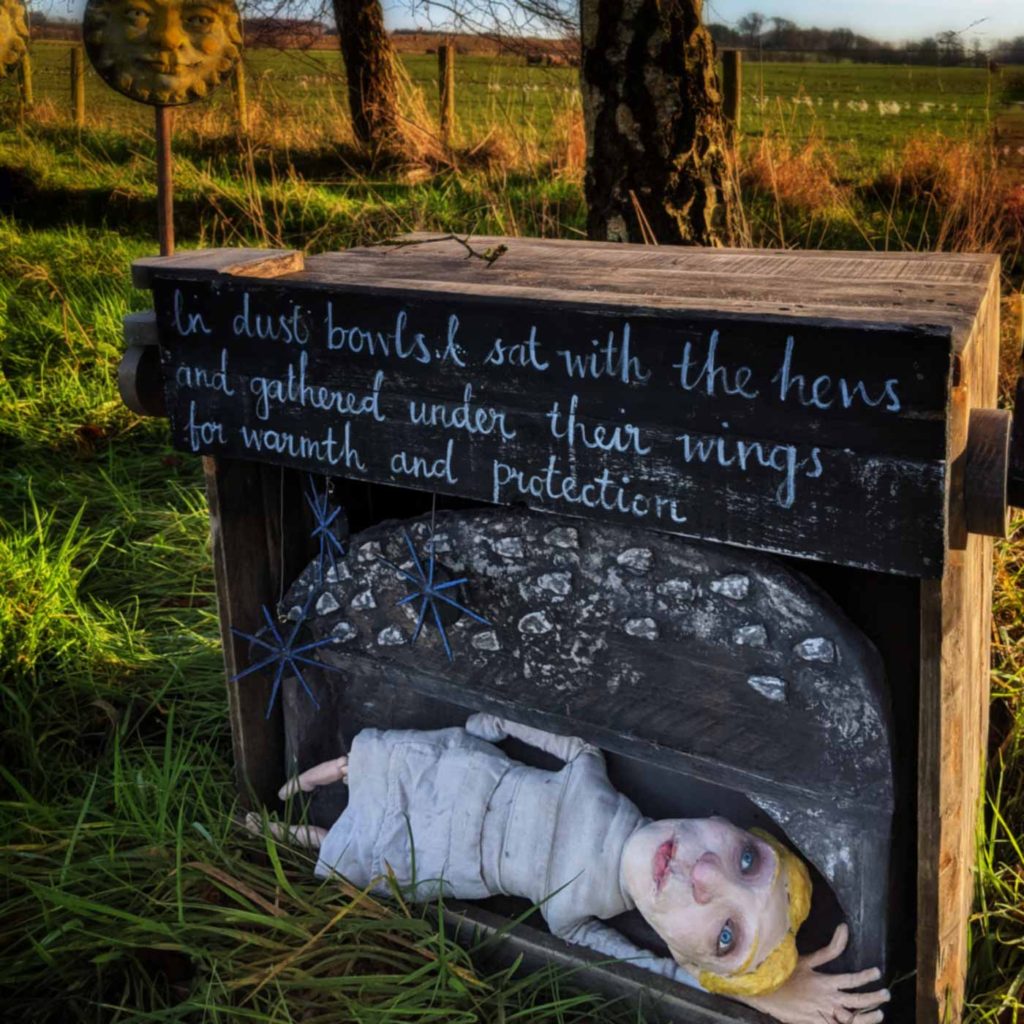 Lorna was born in Kendal in the optimism of post-war England but her early years saw her pass through one home after another until she came to rest near Hadrian’s Wall.  Later she wrote of the farming context where she ended up, ‘I grew up here on the land, working in the fields and byres as a child close to the diurnal and seasonal rhythms of life.’  Like many a teenager before her she was inspired by her geography teacher and after leaving Brampton’s White House Grammar School, she eventually found her way to study Earth Sciences at London University.  This connected her ever more closely with the way nature moulded and sculpted the land.

Work as a librarian at Oxford University followed but this was a distraction from her artistic yearnings and she moved on to study as an artist, first in Cambridge, where she was probably influenced by the mystic painter Cecil Collins, then back home in Cumbria at Carlisle College of Art and Design.

Lorna’s work captured the pure essence of her subjects.  In this she drew initially on studies she was commissioned to make of the Ruthwell Cross.  This early Christian monument can be seen at Ruthwell Church, just across the border in Dumfriesshire where its depictions of ‘Christ treading on the beasts’ remain striking some thirteen hundred years after it was carved.  The beasts are unspecific but very much alive, essential and animalistic, like the animals, fish, angels and women Graves went on to create.  Many of her works are small, perfect for cradling in the palm of a hand with fingertips brushing their smooth, weathered contours. 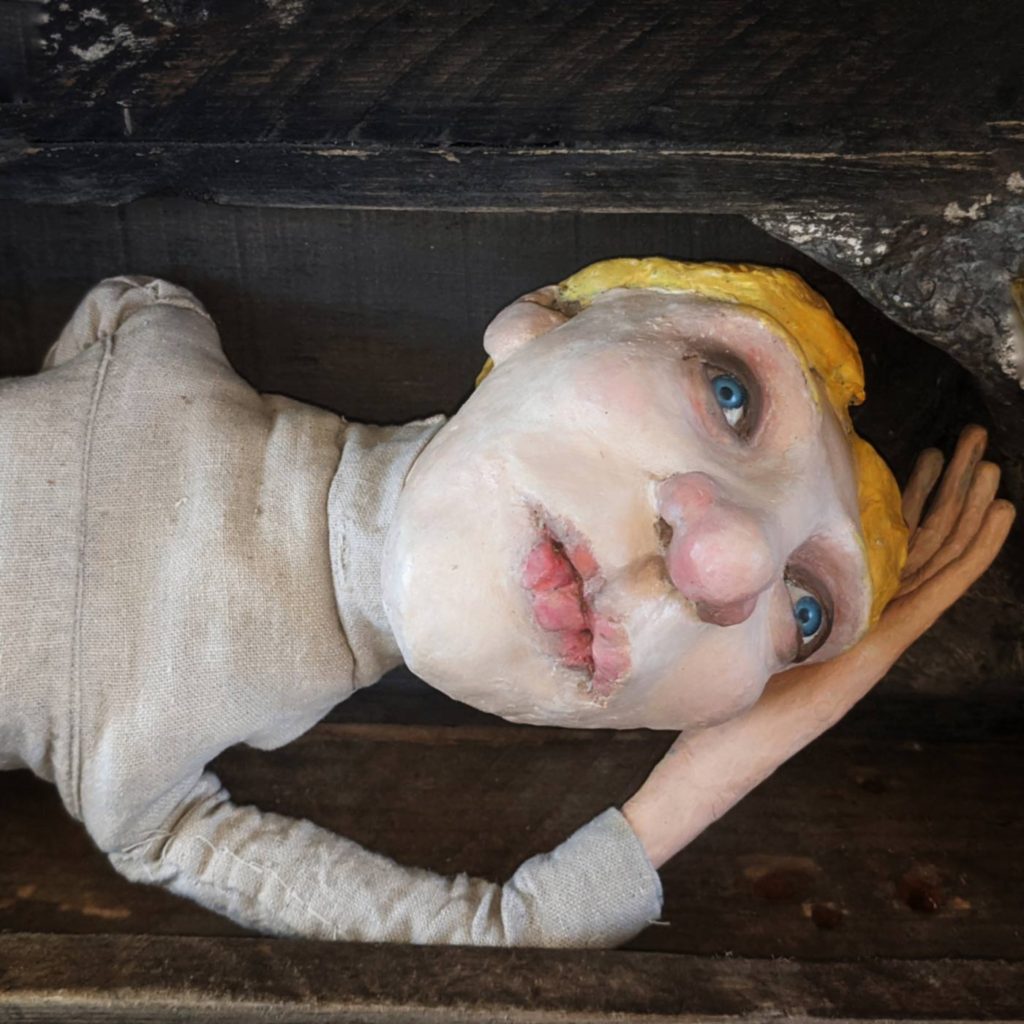 As Lorna’s work developed, she was commissioned to create works which provided a sense of the sacred and universal, including a crucifix for Carver Memorial Church in Windermere.  Transition and continuity, voyage and passage were common themes for her.  She was concerned for ancient burial sites, wishing a greater respect for the people who rested there, however long since they were interred.  In 1994 she collaborated with Ulverston’s radical artists Welfare State International, creating a hand-painted coffin to accompany their Dead Good Funerals Book.

The Japanese Raku ceramic technique enabled Lorna to take this theme further, physically incorporating relics and artefacts within her work, and at the same time symbolically filling them with significance.  The sculpted clay is fired and then set among leaves and wood shavings.  As these catch fire and are consumed by the flames the smoke and charred remnants become embedded within the piece.  Her own father’s ashes were apparently given this treatment so that they became integral to a ceramic urn.

In Cumbria she enjoyed widespread support but perhaps felt that her remote rural location limited her audience.  For a period, she set up studio in London’s Barbican but by 2001 had returned to exhibit in the land that inspired her.  Local galleries were especially keen to display her work, with Penrith Museum, Tullie House in Carlisle and Abbott Hall in Kendal featuring items.  Awards and exhibitions further afield followed, including shows in Japan, Germany, and the United States.

Since her early death, aged 59, Lorna’s work has continued to gather interest around the world.  The simplicity, purity, and depth of the forms she created are timeless, helping the individual museum and gallery-goer to connect to wider universal themes.  They have the elusive quality of appearing utterly simple at first glance, but compelling lengthy and detailed admiration.

Dawn Hurton is an artist who specialises in making story boxes and kinetic sculptures celebrating the lives of interesting and unique individuals who lived in the region around Penrith Beacon. Her series of sculptures of historical figures were displayed around Penrith during the summer of 2018 in an exhibition co-funded by Arts Council England, Penrith BID and Penrith Town Council. Dawn is currently reworking the characters to create a permanent collection.