Thomas and his meteorite chums live in space, having mundane parochial adventures such as wrangling the troublesome asteroids.

Thomas is a meteorite who lives in the Solar System. 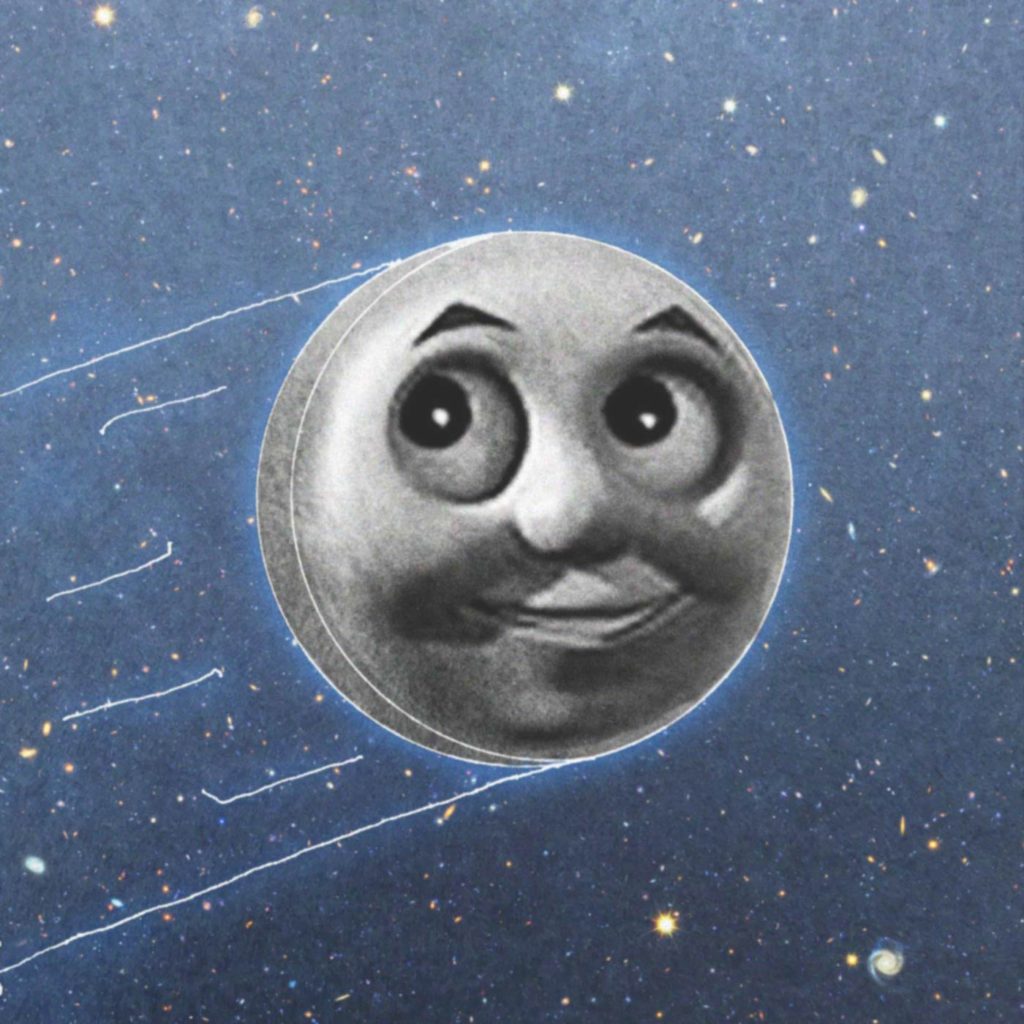 He is a cheeky little celestial body.

And a busy one too, always pushing space debris into black holes or wrangling the troublesome asteroids to clear a path for his bigger meteorite friends.

Thomas thinks he works harder than any other meteorite, and is always playing pranks on the others, including Gordon, the biggest and proudest of all the comets. 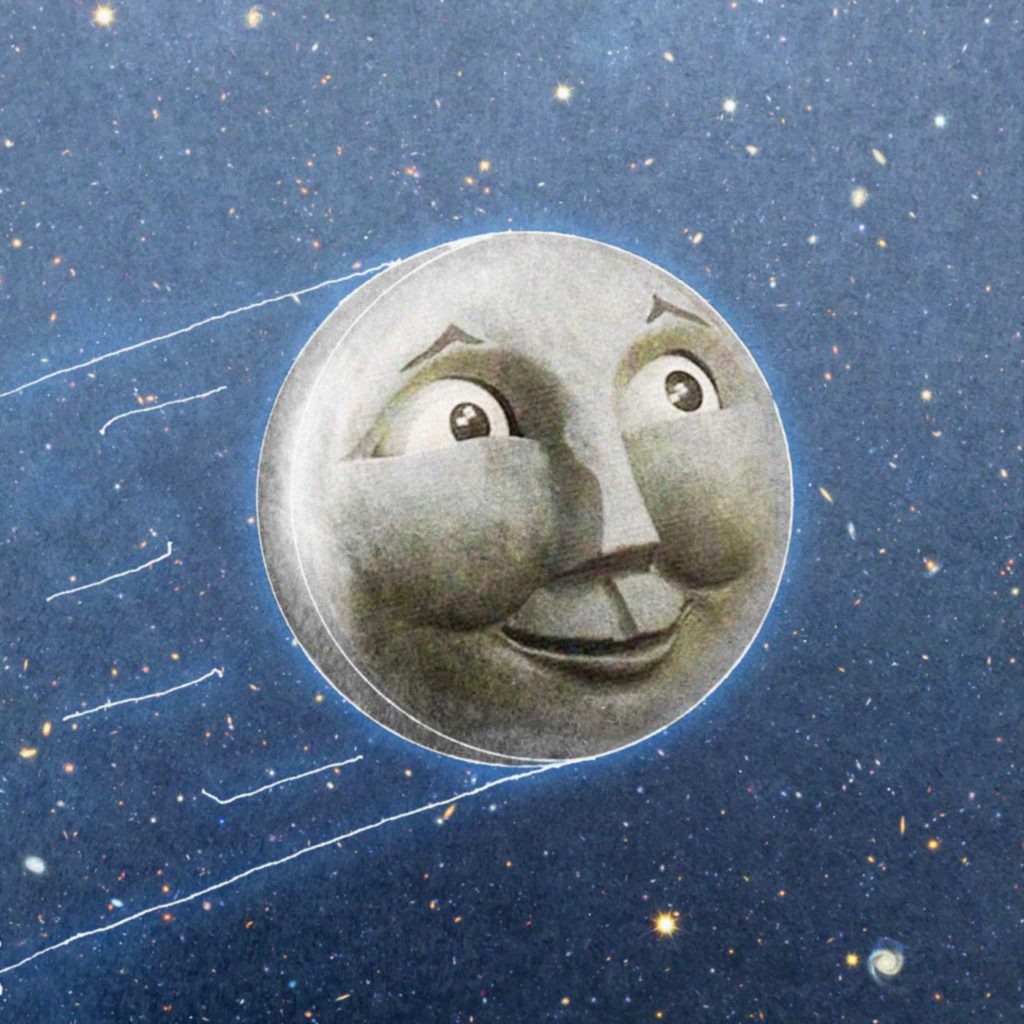 Thomas likes to make fun of how Gordon gets slowed down by his excessive size and gravity, often whipping past him as he struggles to pass Titan.

“Look out, slowpoke!” Thomas would call as he hurtled off towards the Kuyper Belt.

One day, Gordon had returned from a long distance run to Alpha Centauri and was just settling in for a well-earned rest when Thomas flew by in his cheeky way shouting, “Wake up, lazy bones! Do some hard work for a change! Can’t catch me!” 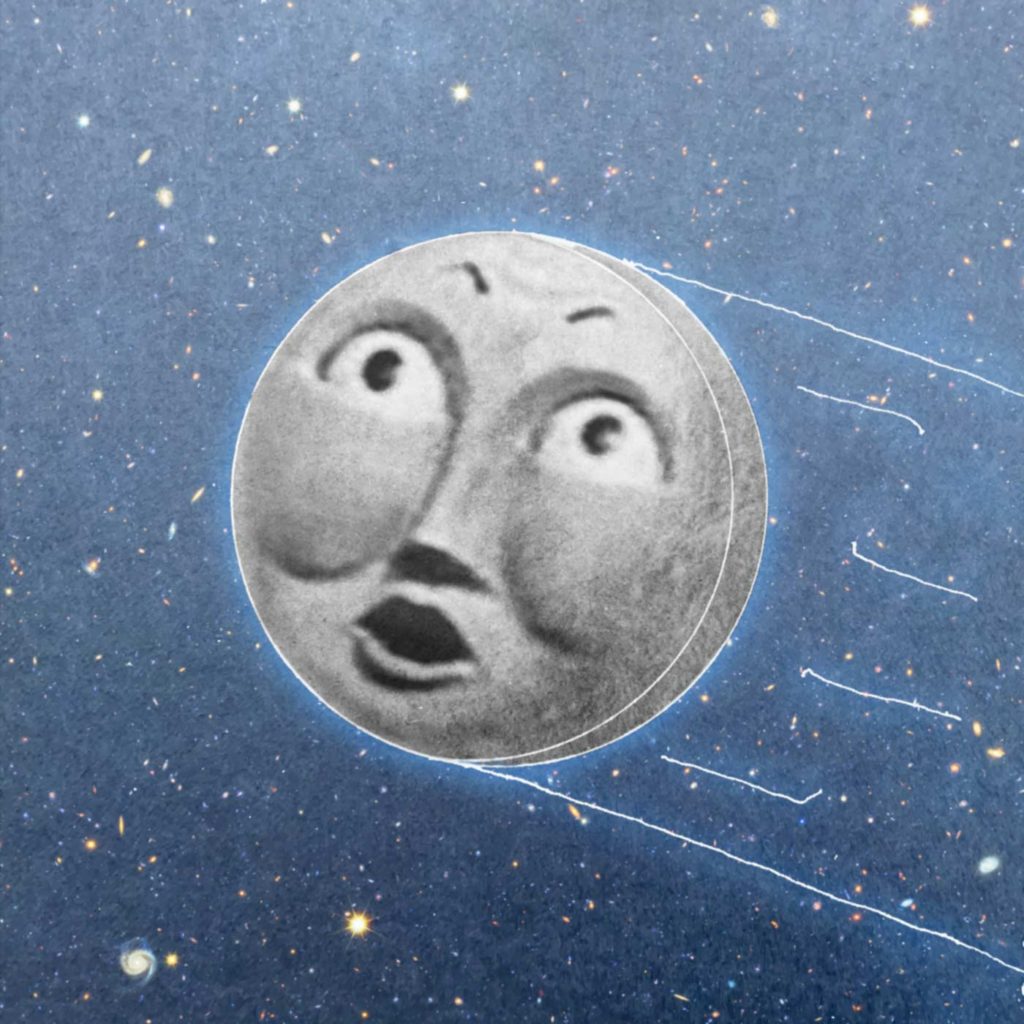 Instead of going back to sleep again, a grumpy Gordon decided to think how he could get back at Thomas.

A few days later and Thomas awoke to find he had no energy at all and couldn’t even pull himself out of his sleeping orbit. It was nearly time for the morning express run to Neptune and he still needed to clear the flightpath by wrangling some Troublesome Asteroids.

At last, Thomas finally built up the velocity to break orbit, and headed to where Gordon was waiting impatiently. 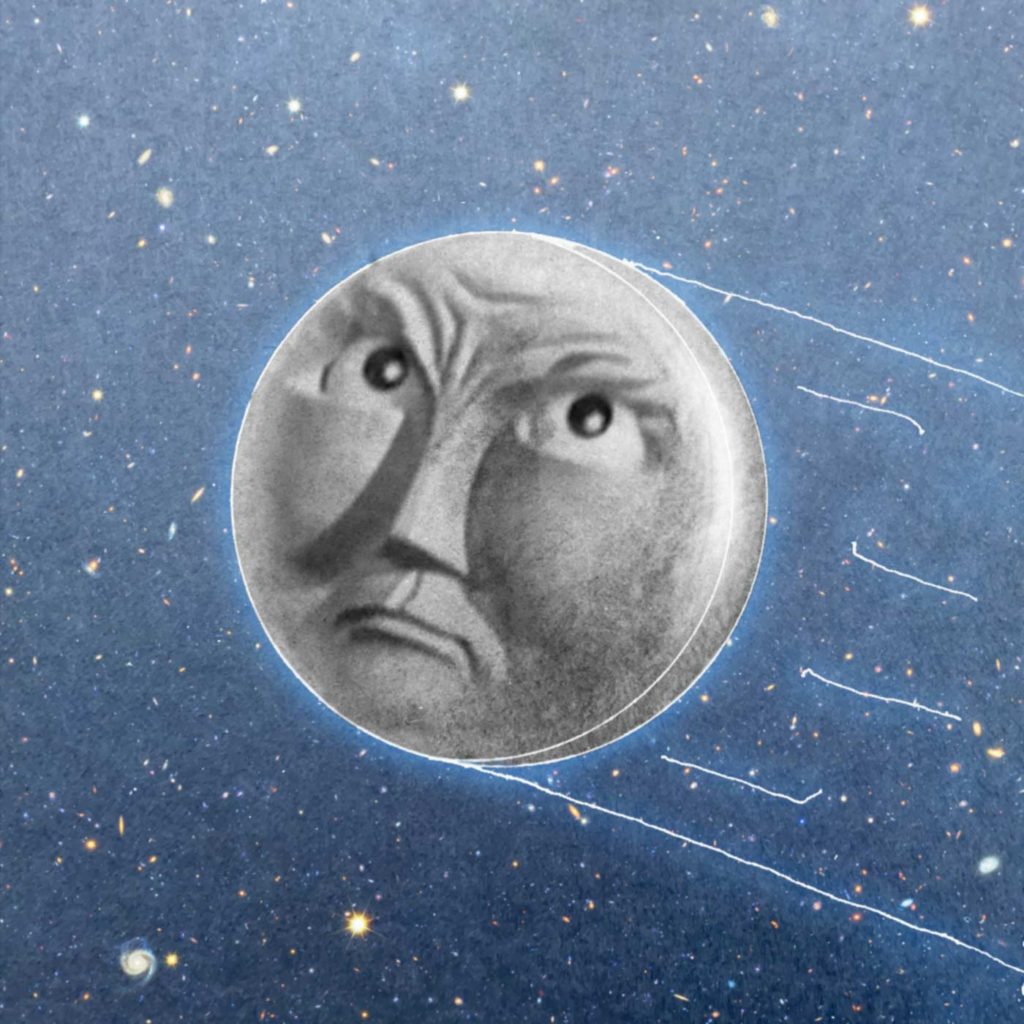 Gordon began making his plan. Almost before the first Asteroid had been properly wrangled, he surged forwards towards the belt of hurtling rocks. Thomas had no chance of moving out of the way, and as Gordon screamed past, steadily building momentum, Thomas became locked into the powerful gravitational field of the giant falling star. 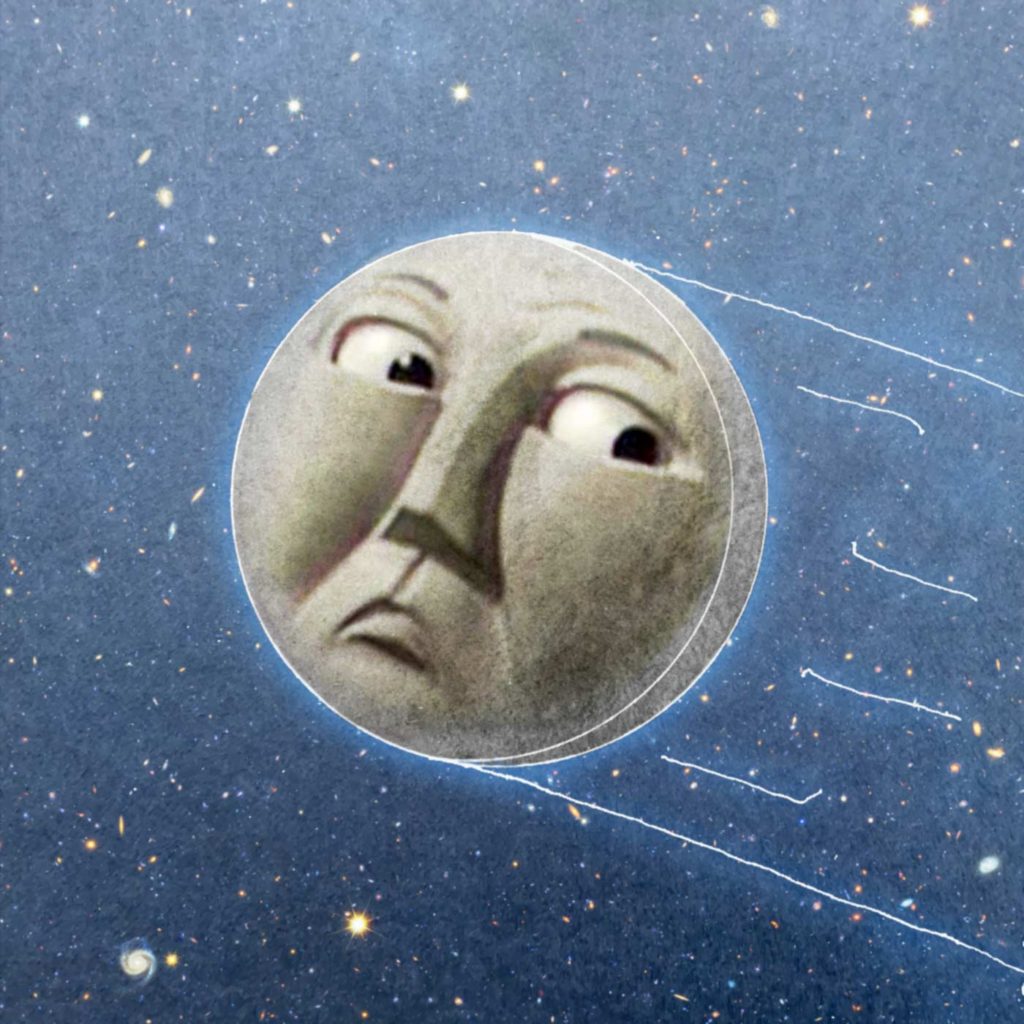 “Come on, come on!”, Gordon barked as he barged through a cluster of Troublesome Asteroids, the irreverent rabble as reluctant as ever to play their part in the smooth running of space business.

Faster and faster Gordon went; too fast for poor Thomas, who hung on for dear life.

He wanted to stop, but he couldn’t! 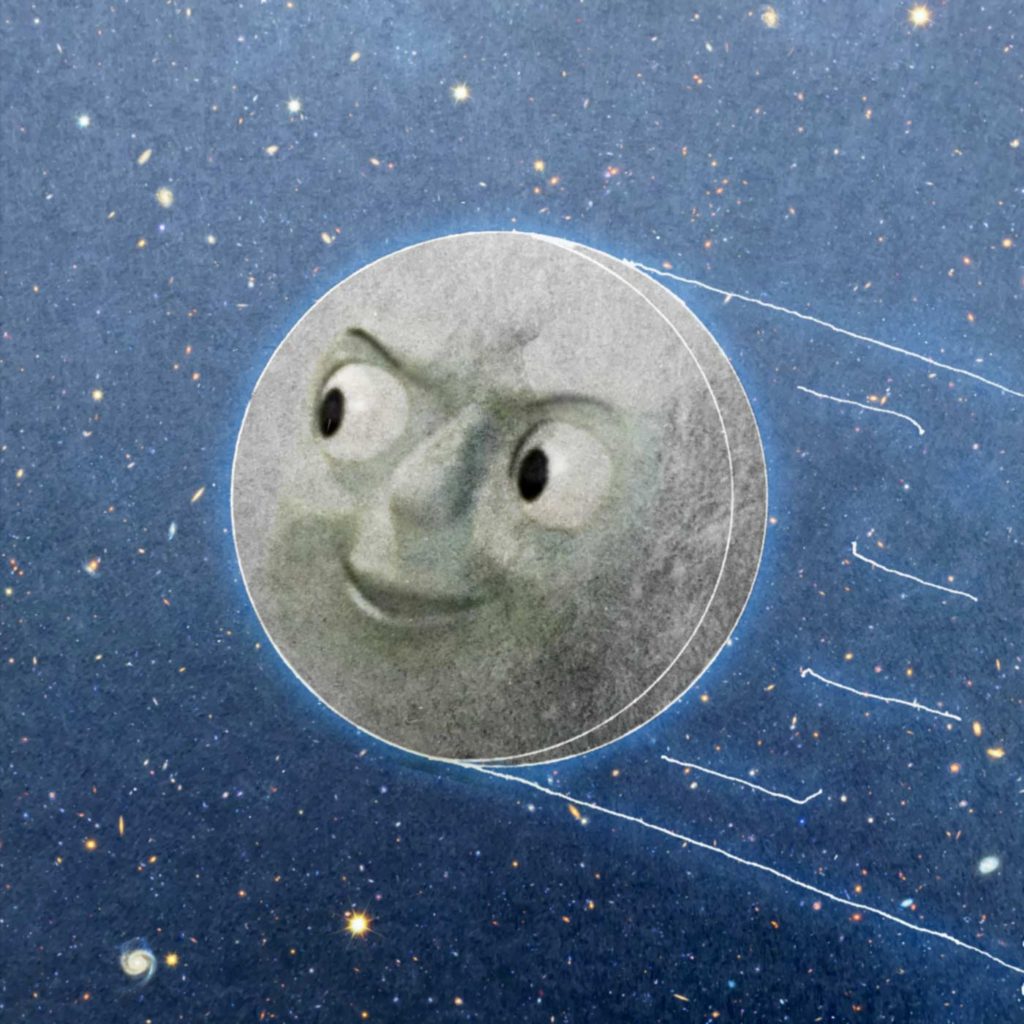 Poor Thomas was going faster than he’d ever gone before. He was out of breath and his surface was aflame, but he had to go on.

“I shall never be the same again!”, he yelled to Gordon.

At last they reached Neptune and Gordon banked towards the great gas giant. 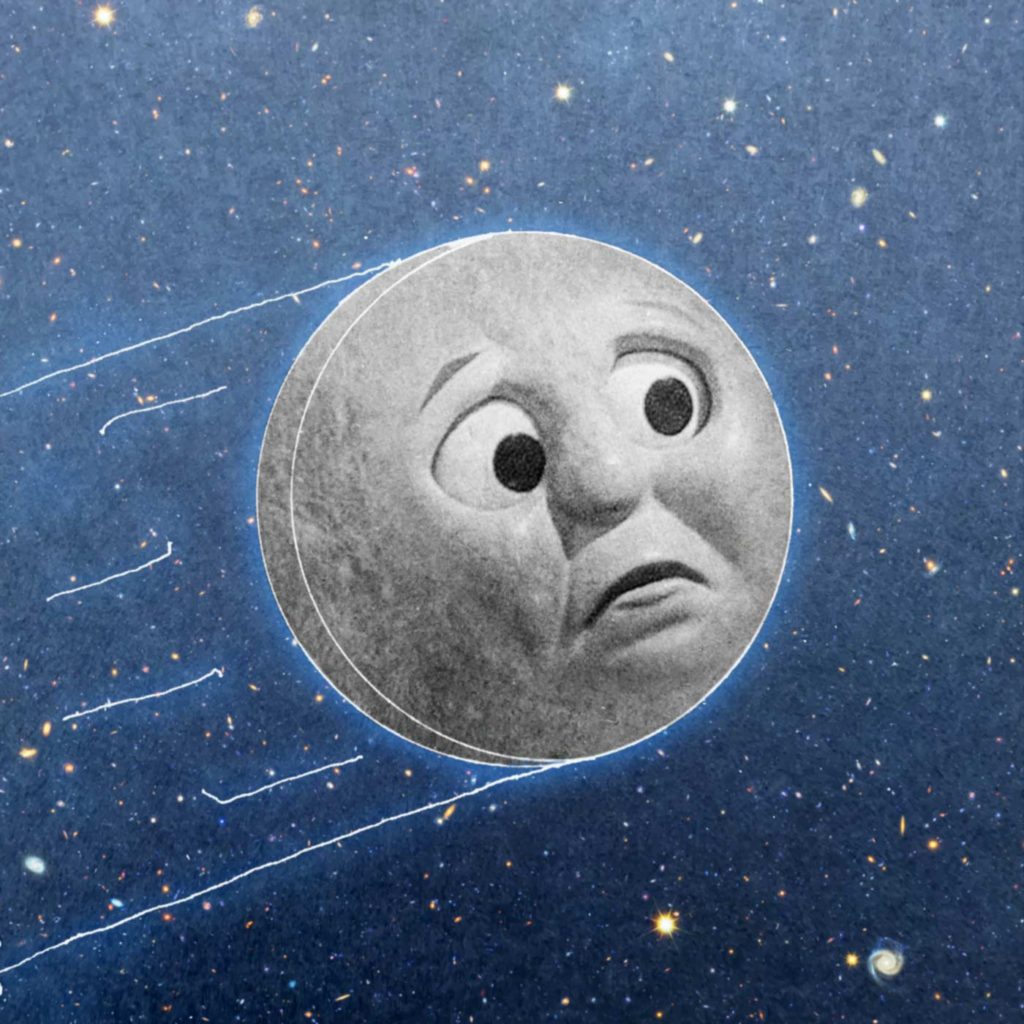 “You’re turning too sharply, Gordon”, Thomas cried, “Our gravitational connection will be severed!”.

He leaned hard into the turn and felt his pace suddenly quicken as Thomas broke away, rocketing into deep space.

“Gordoooooooon” yelled Thomas, fading to a point of light.

Glancing back, Gordon chuckled to himself, “How’s that for hard work! See you in half a million years, you cheeky shit!”