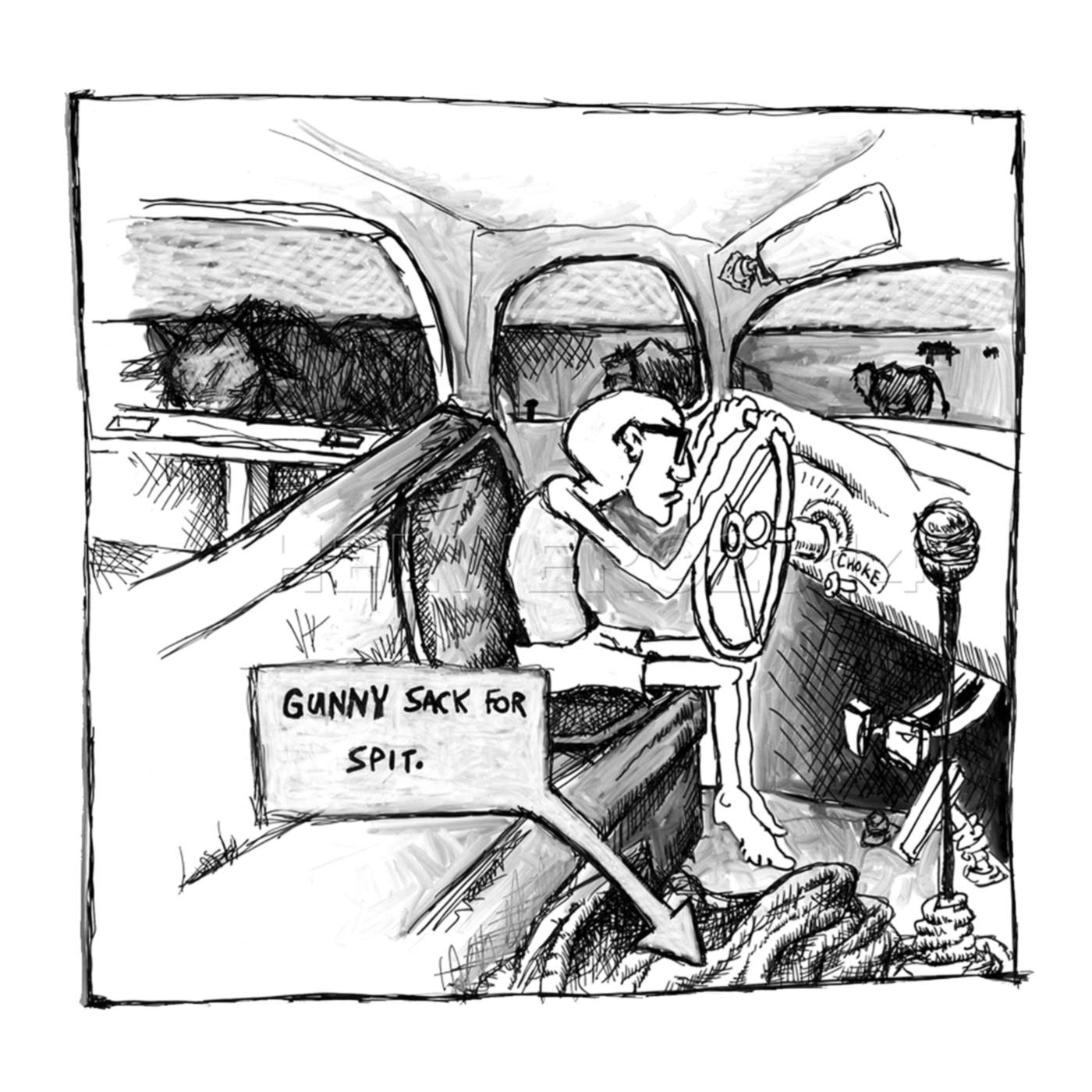 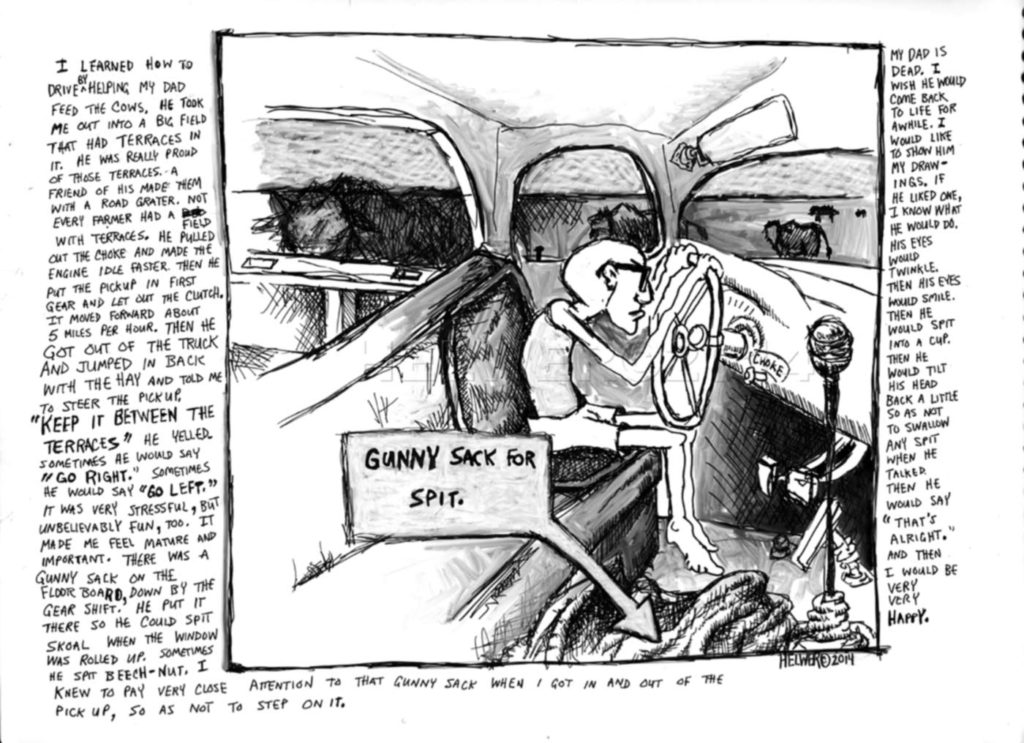 I learned how to drive by helping my dad feed the cows. He took me out into a big field that had terraces in it. He was really proud of these terraces. A friend of his made them with a road grater. Not every farmer had a field with terraces.

He pulled out the choke and made the engine idle faster. Then he put the pickup in first gear and let out the clutch. It moved forward about 5 miles per hour.

Then he got out of the truck and jumped in the back with the hay and told me to steer the pickup.

“Keep it between the terraces”, he yelled.

Sometimes he would say, “Go right”.

It was very stressful, but unbelievably fun too. It made me feel mature and important.

There was a gunny sack on the floorboard, down by the gearshift. He put it there so he could spit skoal when the window was rolled up. Sometimes he spat beech-nut. I knew to pay very close attention to the gunny sack when I get in and out of the pickup, so as not to step on it.

My dad is dead. I wish he would come back to life for a while. I would like to show him my drawings. If he liked one, I know what he would do. His eyes would twinkle. Then his eyes would smile. Then he would spit into a cup. Then he would tilt his head back a little so as not to swallow any spit when he talked. Then he would say “That’s alright” and then I would be very very happy.

by The Guy in the Library (David Helwer)

Check out David’s Website for more of his work