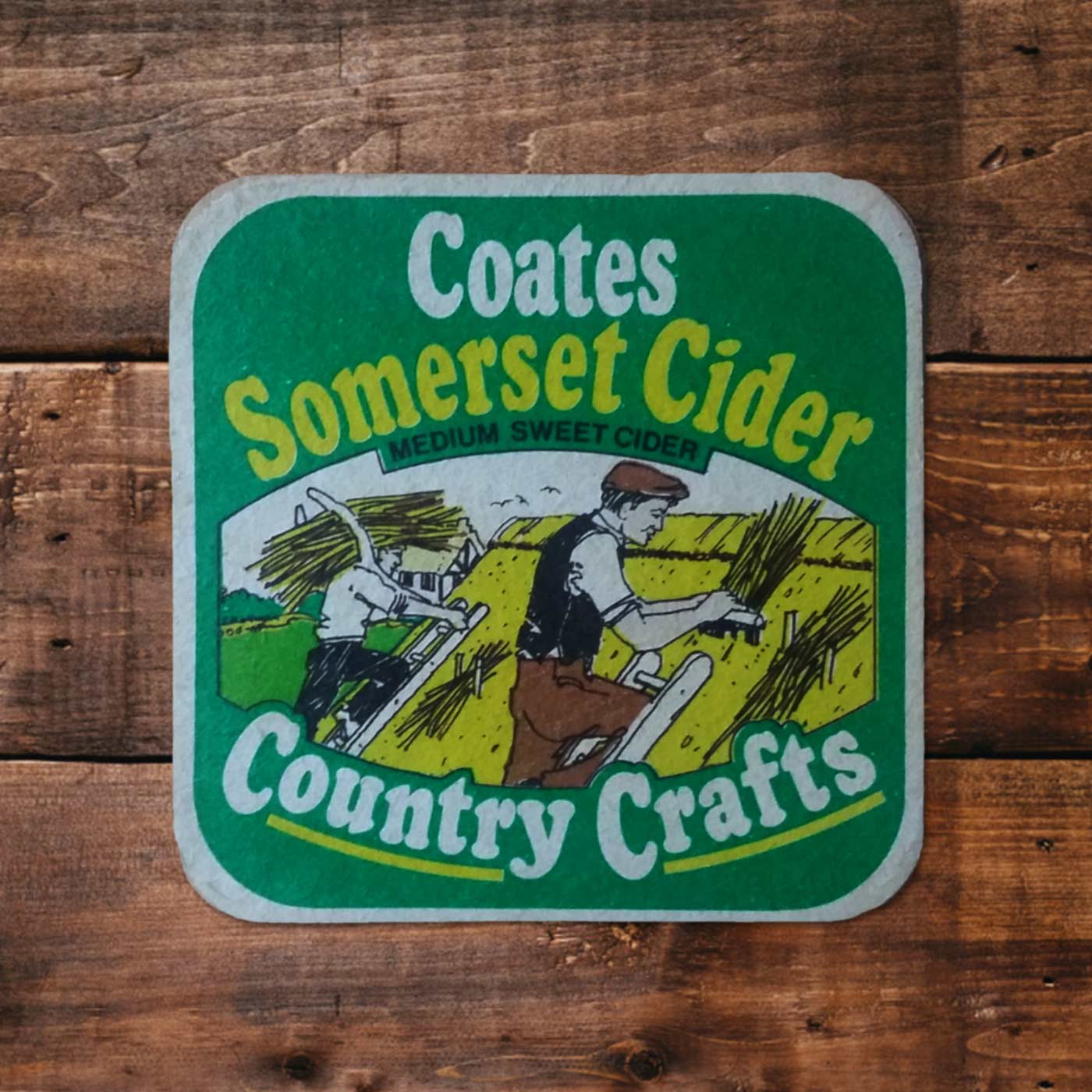 Those of you young enough to be referred to as ‘whippersnappers’ may not recall the days when the word “thatcher” didn’t carry controversial political connotations. Once upon a when, thatchers were quaint, pastoral versions of the modern roofer, likely clad in a flat cap and waistcoat combo, if the design department at Coates are to be believed.

This beer mat is No.7 of a series of 8 created by Coates, each of which featured a different countryside craft.

Established in the Somerset town of Nailsea back in 1788, The Coates Cider Factory produced delicious apple-based booze for 187 years. Christ only knows how many apples were slaughtered, but we’re sure he’d view their deaths as having been worthwhile; the son of god did love a good knees-up! 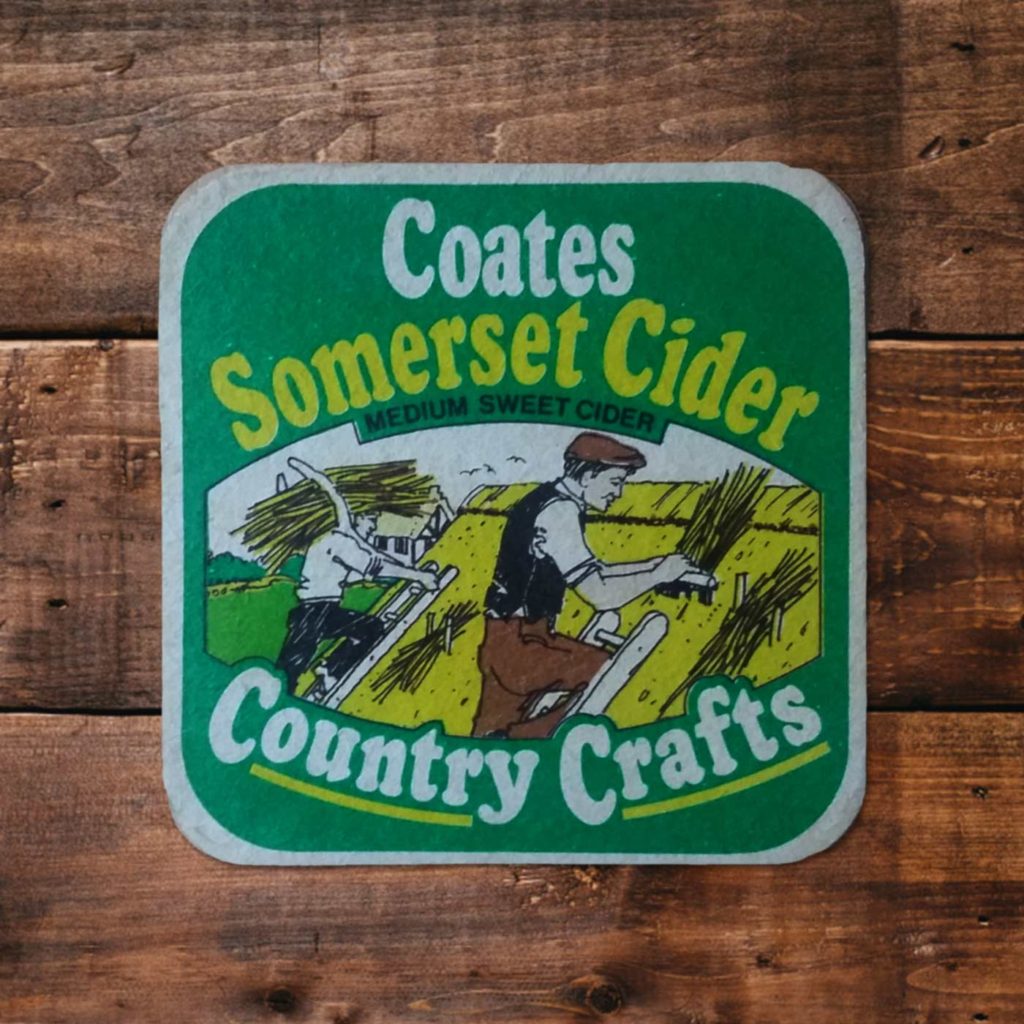